To America, With Love: Lulu Live in the USA

Lulu defies the years with her first US tour at age 68. Great photos! 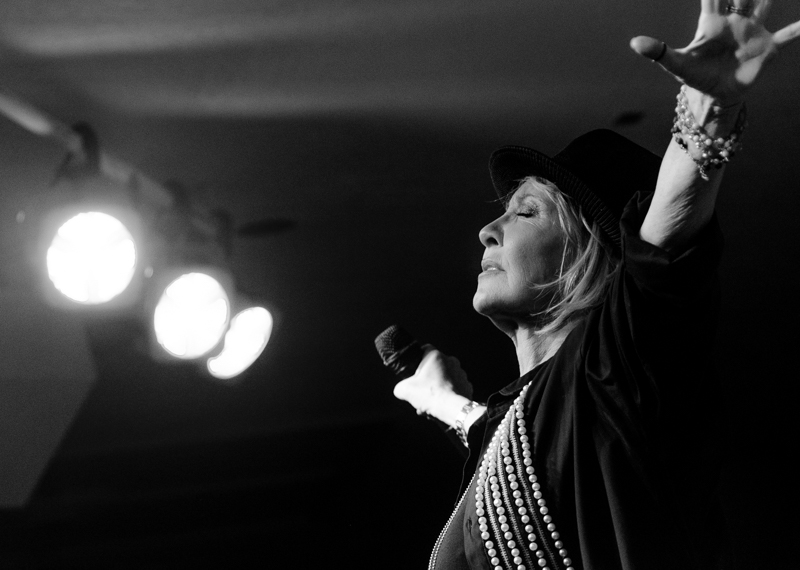 Lulu,  who had a number one hit in 1967 with the theme song from the movie “To Sir With Love” is, amazingly, on her first headlining tour of the states. The full house at The Bull Run wonder why it took so long.

Her show opened with her 1964 hit – a cover of the Isley Brothers’ “Shout” – a tune that gave the little growl in her voice room to prowl.  It was followed up with the early grrl power pop of “The Boat That I Row,” noting with an eye roll “(the producers) wanted it to be the A-side of the ‘To Sir With Love’ single”.   Bowie’s interesting choice of a gift song, “The Man Who Sold the World” came next and Lulu’s adult contemporary smash for Tina Turner, “I Don’t Want to Fight Anymore” pulled on more than a few heartstrings. 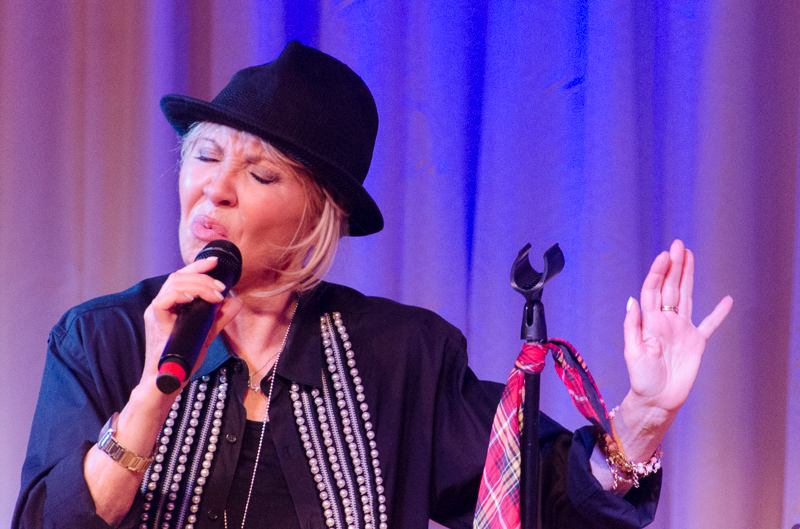 Throughout the evening, the charming, elfin Glaswegian tells us that she has had a busy life, full of ups and downs, in English music and film.  She is grateful that she can still sing and be on the road performing the music she loves.  Once married to Bee Gee Maurice Gibb in the early ‘70’s, she told tales about each tune and ran down an extended medley of singalong, junior-high-slow-dance Bee-Gee-hits including “Run to Me,” “To Love Somebody,” “I’ve Gotta Get a Message to You” and a snippet of hometown nod, “Massachusetts.”

The set moved easily between pop, soul, light disco, and AM radio rock with a notable lack of schmaltz and energy to spare.  Her relatively young, tight and professional band has been performing with Lulu for the past four years.  And, while you’ll get no punk angst or pedal madness out of this crew, their playing doesn’t lack for emotion, vitality, hooks or a danceable groove. Their playing sent a warm vibe circulating between the low stage and the mostly seated crowd. 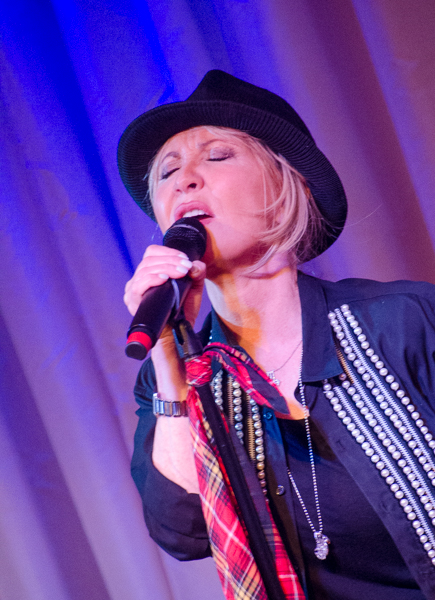 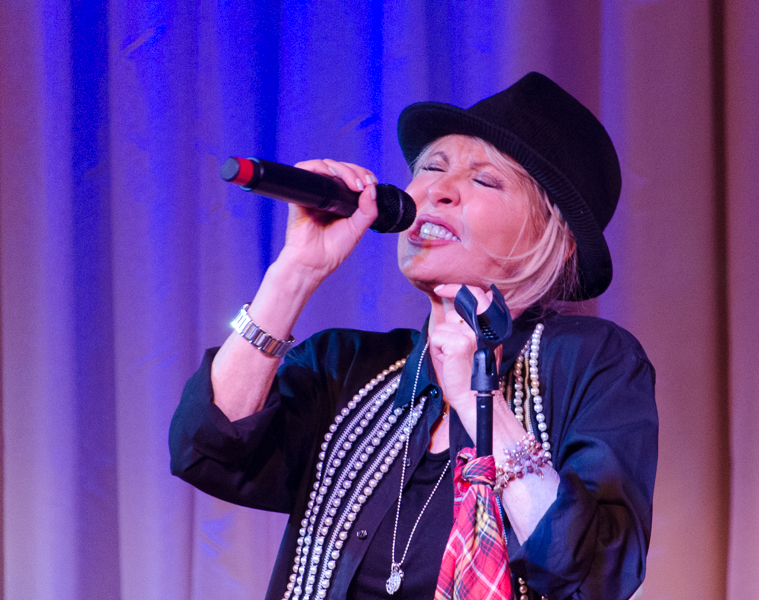 Lulu’s look defied the years.  She was classy and energetic in a jaunty black fedora, simple jewelry, beaded breast plate on a loose black jacket and slacks bottomed off with black Chuck Taylor’s.  Her dance moves were angular, posed and joyful.  Her voice is solid and supple enough on the pretty bits and pushy enough on the soul shouters and rockers.  One moment the show could have been in swinging London circa ‘67, the next, in a New York nightclub in ‘75 or a Glasgow supper club ten years later.

Perhaps it’s the lack of frequent touring, but Lulu was way fresh, not hokey or cloy.  She couldn’t go through the motions if she tried. She’s an old- school entertainer and proud of it.  Oh, “And To Sir With Love?”  It was exquisite.

She’s quite a Lulu. 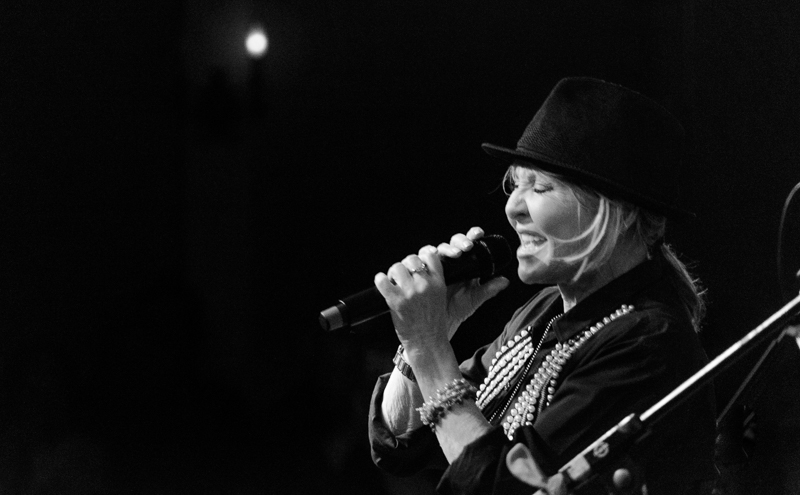