The Unsolved Mysteries of SxSW

The joys of the world's largest cheeseboard, our new favorite bands and inefficient transit to hog-rendering plant - SxSW demystified!

As a member of the press who has attended the South by Southwest Conference and Festivals for more than two decades, you would think I’d have all the answers by now. The sad truth is that even a veteran such as myself can become overwhelmed by the sheer vastness of the enterprise. As usual, I both had a blast and was left completely exhausted by this year’s SXSW, but I’m left pondering some lingering questions. These are…the Unsolved Mysteries of SXSW (and one that I think I’ve solved)! 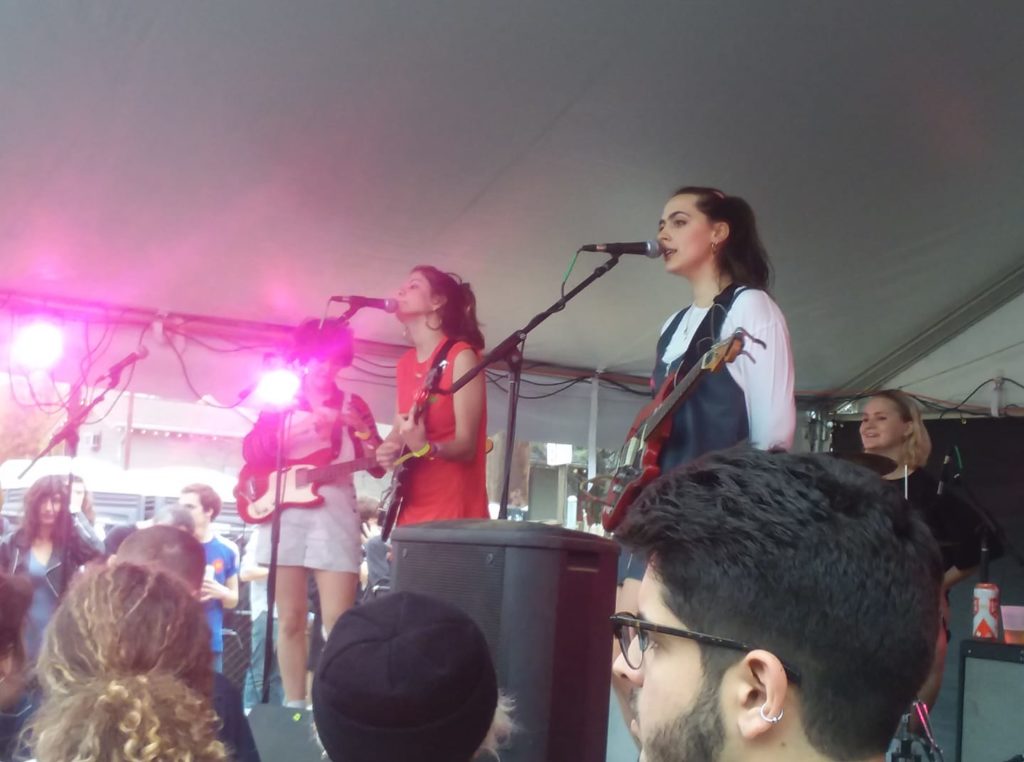 How is the film schedule assembled?

Over the years I’ve seen documentaries on everything from yard sales to Donkey Kong competitions, but the one I’d really like to see next year is a behind-the-scenes look at how the SXSW film schedule is put together. There must be a science to this, and every attendee’s experience is different, but this year in particular it always felt like the movies I really wanted to see were playing against each other, or in remote locations or in theaters that were far too small to accommodate the crowds waiting to get in. It took three tries for your faithful Rocker correspondent to get into the documentary Bill Murray Stories, which should have been a no-brainer to schedule for a showing at the 1000+ seat Paramount Theater, rather than premiering in a tiny room at the Alamo Drafthouse. There’s also the problem of getting from one screening to another, speaking of which…

Is there any way to improve the shuttle service?

To be fair, this is much more of an Austin problem than an issue specific to SXSW, but based on anecdotal evidence and my own personal experience, it’s becoming increasingly difficult to navigate the far-flung sprawl of the film festival. (The music and interactive components are generally much more contained and walkable.) Austin Film Society programmer Lars Nilsen acknowledged this unfortunate reality during one film introduction with a tongue-in-cheek tribute to Austin’s vastly inadequate public transportation system, noting that “next year we’re adding one car to the train that takes you from the convention center to the hog-rendering plant.” The free shuttle service between theaters is a nice idea, but the buses tend to arrive late or all bunched together, and they all take an absurdly circuitous route that hardly ensures an on-time arrival. How about a downtown local and an express to the two venues south of downtown? (Better yet, how about Austin finally implements a decent transit system suited to the big city it has become?) 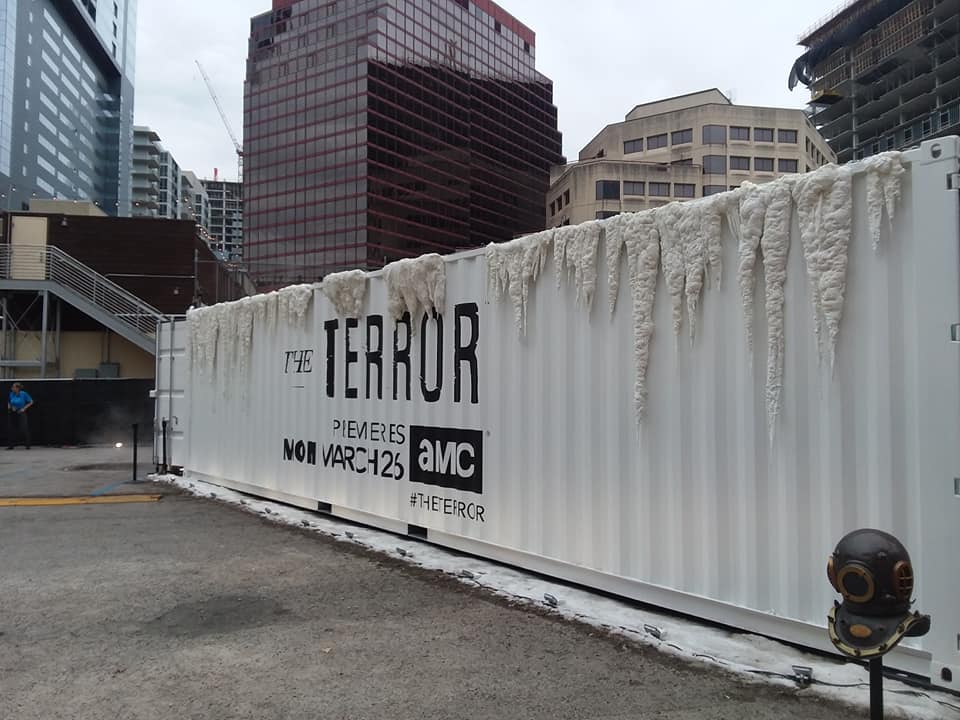 What lies beyond Westworld?

The FOMO was thick in the air over SXSW’s opening weekend as those of us unable to snag one of the limited slots for HBO’s sumptuous Westworld experience endured secondhand accounts of its wonders. Visitors were taken 30 minutes outside Austin where a party-rental ghost town had been transformed into the show’s Sweetwater, complete with “robot” hosts, drinks, and quests to complete. (While I’m airing grievances, I can’t help but wonder why HBO couldn’t extend the experience’s run for a few days given the high demand.) Ready Player One, which had its world premiere at the festival, came with its own virtual experience. Are these lush interactive promotions destined to overtake SXSW? To gin up interest its new arctic adventure show The Terror, AMC presented a decidedly more modest experience, as guests were loaded into a shipping compartment and pelted with fake snow while scenes from the show played on the surrounding walls. 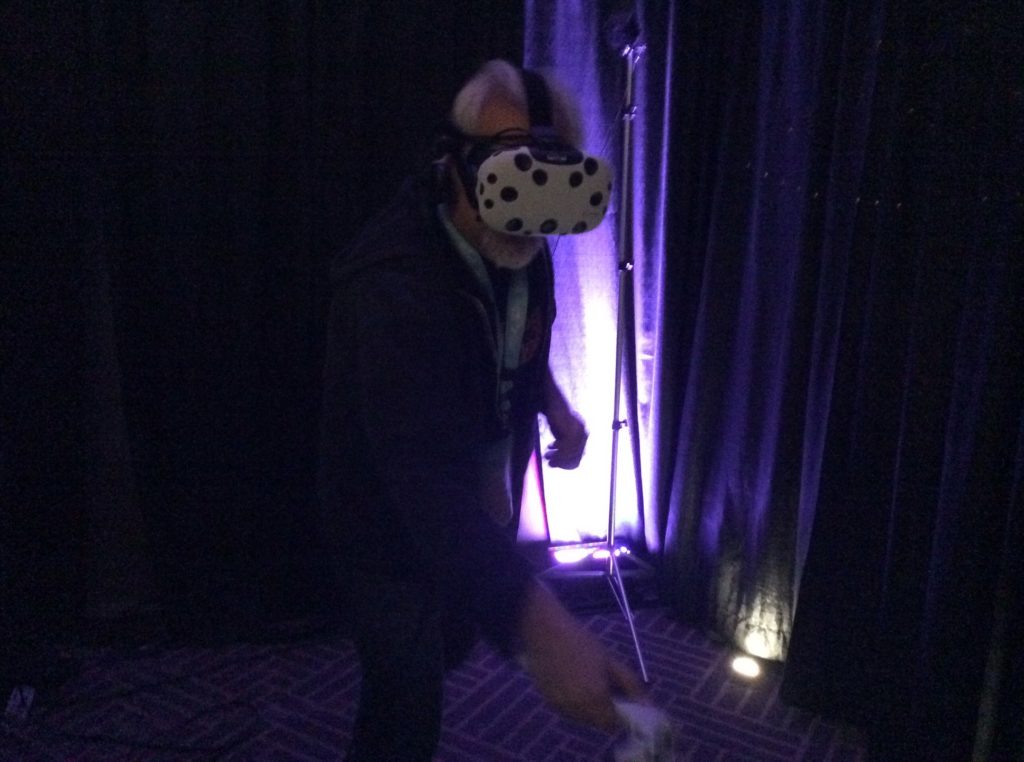 What is the future of virtual reality?

For a different kind of immersive experience, attendees could visit the Virtual Cinema at the JW Marriot hotel. VR has become a bigger component of SXSW over the past few years, but is there a ceiling on its growth? Most of the exhibitors could only accommodate one or two guests at a time, resulting in long waits for short experiences. Still, the variety of virtual worlds on display proved impressive, from inside the womb as senses are developed (Wonderful You VR) to the narrative journey of Dinner Party to the self-explanatory Living with Jaguars. Still, nothing delighted me as much as Smash Party, which lived up to its title by providing me the opportunity to smash plate, flower pots, televisions and toilets with a baseball bat in a virtual world while jumping around like a jackass in the real one.

Why all the cheese?

I don’t really care about the answer to this one, I’m just glad it happened. Lured by the promise of a free Bloody Mary, I got in line to enter something called Wisconsin Cheese Lounge. It sounds like the greatest band name in SXSW history, but it’s exactly what it promises to be. As I waited to enter, one dazed participant emerged, proclaiming “This is the best thing I’ve seen at SXSW yet!” That might have been a slight overstatement, but it was indeed the world’s largest cheese board, stretching all the way around a large conference room. So! Much! Cheese! And so good!

How do I find my new favorite band?

I actually know the answer to this one! With the flood of musicians into Austin during SXSW week, and all the official showcases and unofficial day parties on offer, how can any rocker of a certain age hope to get lucky and discover a new favorite artist? While the sample size is small, my money is on the Thursday afternoon day party at Hotel Vegas. That’s where I first heard Aldous Harding play last year, a few hours before catching her again at Showtime’s Twin Peaks house (which was more of a SMILF house this year). This year it was my good fortune to stumble upon Hinds, a four-piece all-female band from Madrid. Their combination of catchy hooks and infectious charm proved too powerful for me to resist. I don’t know who will be playing at the same time next year, but I’ll definitely be back to find out.