Dale Bozzio is a beautiful work of pop art.  As the futuristic, sexy singer with the high-pitched squeal from eighties band Missing Persons she created three memorable albums featuring a slew of hits including: “Words,” “Walking In L.A.,”  “I Like Boys,” Mental Hopscotch” and “Give.”  Dale inspired generations of women (including Lady Gaga and Katy Perry) to take chances with their music and fashion, and inspired generations of male fans to… well you know.

Today Dale remains a force in pop as the sole original member of Missing Persons.  She continues to play live and is just about to release the first new Missing Persons CD in over two decades.  West Coast Bureau chief Keith Valcourt caught up with Dale, who he has  been friendly with since his days at Capitol Records, at the Rock & Roll Autograph show to discuss her new disc, Missing Persons today and her mentor Frank Zappa.


Rocker: Have you ever done an autograph show before?

Dale: I did one in New Jersey.  It was a few years back.  Tony Curtis was there!  They let me go to the front of the line and I got a picture with Tony Curtis.  My idol! He said, “I love you” to me.  He must have thrown those “I Love You’s” away pretty easily.  It still was incredible.

Rocker: What does the average fan say to you when they meet you?

Dale:(Laughs) There is an array of comments and amazing compliments ranging from “I’m your biggest fan” to “I’m honored to meet you.”  The women say I made a way for them.  So they could play music.  They say that the songs helped them get through tough times.  Anything they say, the kind words, they ease my pain on those days where I ask myself, “What the fuck am I doing with my life?”  Just singing songs and dancing around seems so trite.

Rocker: But it brings joy to so many people.

Dale:  Amazingly so.  I tell my sons, “At least I’m not a whore.”  I could have been a rock star whore but I’m a prude.  As much as I’ve been in Hustler magazine (Twice in the late 1970s and early 1980s pre-Missing Persons fame) and nude around the block,  I’m a prude I must say.

Dale: I look at her face and I see my face.  Looking at her eyes and the bridge of her nose.  She looks like me.  When I look at her I don’t really see what else is going on.  But there is a familiarity I have with her.  As for her designs, creativity and expression of fashion?  I can’t take responsibility.  I can only say what I did for myself.  I can’t take credit.  That would be me being too full of myself.

Rocker: What is up with Missing Persons these days?  I know you tried to get Warren Cuccurullo back in the band.

Dale: I’m the only Missing Person left at this point, we still play concerts.  I made a new album but I planned on calling it a Dale Bozzio album. but record companies, you know. so it is “Missing Persons featuring Dale Bozzio” because I’m the only one missing!  The music that I do now has the same tone of voice, same attitude, same thought pattern and my same choices of what I discuss.  I look at the way life is now.

There is a song called “Do Or Die.”  I believe life is precious.  It’s a toll, a jewel and it’s what you make it.  I try to pick my places, spend my time carefully around people I know that will keep me safe and that I will be in an environment that I’ll be accepted.  It’s a strange job to be a musician, or a singer or a songwriter or an artist.  It’s an oddity in this day and age.    Not the most important thing for survival.  There are other more pressing matters.

Rocker: Do you still take joy in music?

Dale:  I’m grateful.  I love to sing and I believe in my singing and my voice.  It’s my burden and my blessing.  It helped me bring two sons into the world.  I’m not saving a piggy bank.  I don’t really care about money.  Everything I’ve made I’ve put into my music.  Most choices in life I don’t take based on money.

Rocker: When you play shows with other 80s bands, is there a sense of competition or camaraderie?

Dale:  For me it’s all camaraderie. I don’t have any animosity.  I’ve never been that way.  I was a Playboy bunny and trained to get along with everyone.  Because a girl that can’t get along with another girl won’t have any girlfriends.  The actions you make have got to be good.  To have a happy life.

Rocker: Ever consider doing anything else but music?

Dale:  No.  You have to put your best foot forward.  That’s what we do.  In our hearts and brains and action.  We go out on that stage and give it all.  We do it for the hope that once we create what we do someone is going to connect to it, love it and embrace us.  I just happened to get lucky.  I believe I’ve been lucky since the day in 1972 when I first met Frank Zappa.  Then I reunited with him again in 1976.  He was my great friend and he made an amazing opportunity for me.  He was my protector.

Rocker: When is the new CD coming out?

Dale:  Early March on Cleopatra Records.  I’m really anxious for people to hear it.  I like it.  I’m very impressed by it.  I wrote it like a James Bond movie.  I saw an interview on TV with Barbara Broccoli, daughter of James Bond creator (Albert R. Broccoli) and she spoke so incredibly about her father and his legacy.  That’s what I live for.  My legacy.  For my sons.  They are Twenty-One and Twenty-Three.  I dedicated my life to them.  Raised them on my own.  Never had a new husband since their dad (Missing Persons drummer Terry Bozzio.)   Watched them grow. Every waking hour.  Every blink of my eye is for them.   I feel that someday they will stand up and say, “That was my mother” and someone will say “This is for Dale Bozzio.”  I won’t be here anymore and they will get that award.  I tell them all the time, “No one is going to appreciate me until I’m dead.”  I’m sorry.  But it’s true.

Rocker: I appreciate you.

Dale: And that’s why I love you. 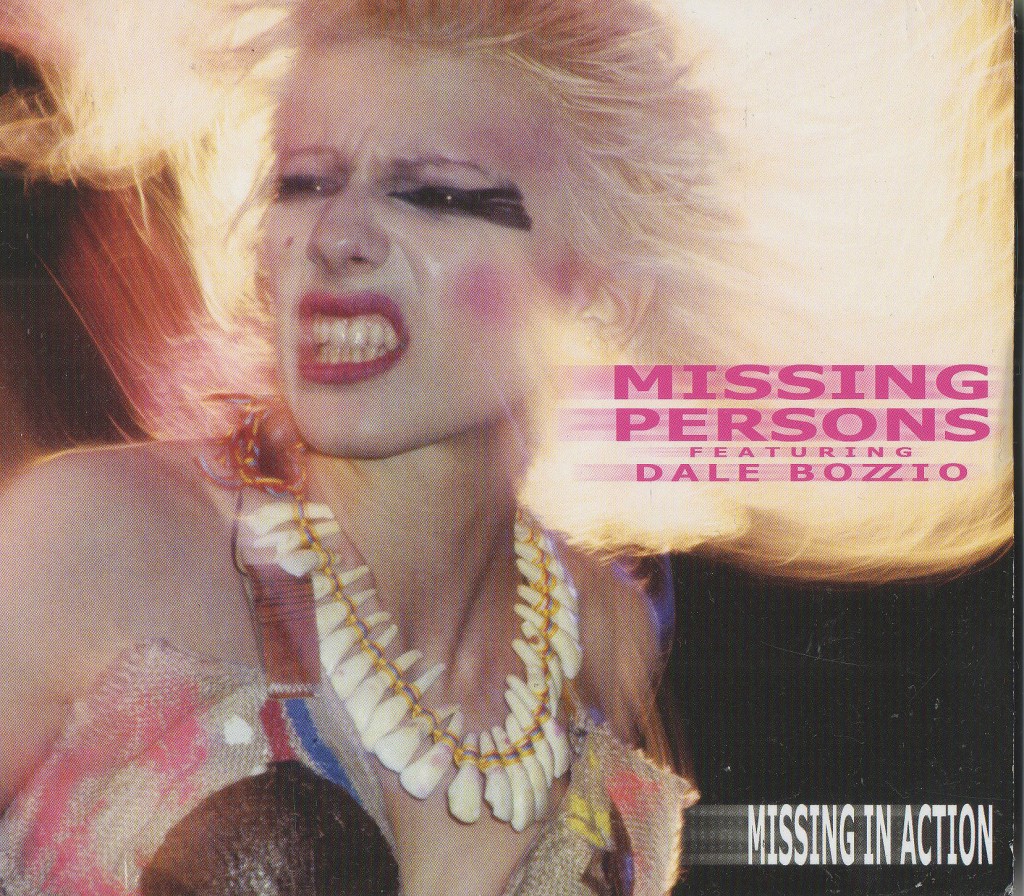