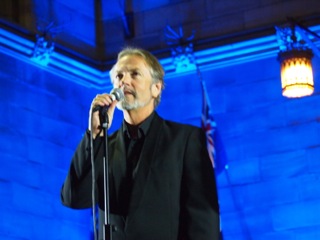 The University Of Sydney, Great Hall, Saturday 21 September 2013 – all images by Sharon Daniel

First up, a confession: I am a massive Church fan. So, when the opportunity arose to see Church frontman Steve Kilbey live, backed by the 80-piece Sydney University Symphony Orchestra (conducted by George Ellis) in the Victorian-gothic Great Hall of Sydney University, I was on the internet, and buying tickets, in a split second. 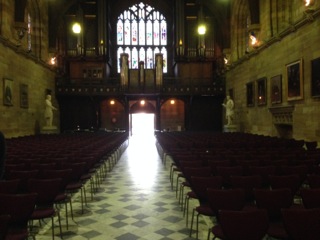 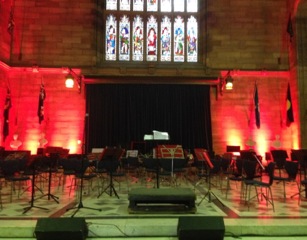 Flowing seamlessly with a well thought out program of Church songs and classical pieces, the night was no disappointment. The sheer acoustics of hearing an orchestra in such a building as the Great Hall brought goosebumps to every part of my body, and with the first Church song of the night being “Happy Hunting Ground” (off Heyday) this sensation was trebled. As the night progressed, Kilbey’s vocals covering such Church classics as “Under The Milky Way,” “Almost With You,” and “The Unguarded Moment” lifted concertgoers off into another place. Collaborations also made an appearance, a favourite being the inclusion of female vocalist Lisa Gibbs on the Kilbey/Kennedy song “Everyone”. A seriously sensational encore of “Space Saviour” (off Untitled #23) was the fitting finale of the show. 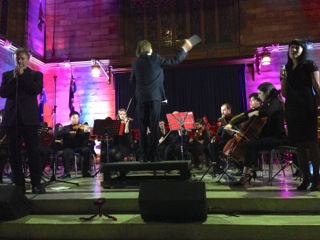 The sign of a successful night is always the buzz afterwards, and indeed the Great Hall was alive for quite some time after the show’s end, with numerous people lingering, talking, perusing and buying merchandise. It seemed no-one wanted to go home, and who can blame them? Being transported will linger long in everyone’s memory. 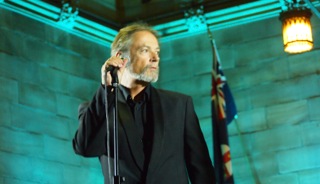