1. When I caught Killing Joke two years ago, Singer Jaz Coleman entered the stage in a stained coverall – like he’d just come from disposing of nuclear waste – and white face makeup that mixed with sweat and drained down his face as the show progressed. A zombie who stalked the stage in a rock-induced trance, he was goddamn scary. The good kind of scary. Today he’s far more conservatively dressed in just a black t-shirt and black jeans, but it’s not the clothing that makes this man. He’s still an imposing figure on stage, and reminds one of the dying craft of being a front-person. In command of the crowd, when midway through the set he looks skyward, points and hollers “ASTEROID!” you look!

2. Surreally loud, when the band launches into the chugga-chug of the guitar line intro to “Change”, concertgoers might be rightfully concerned the song’s stark musical brittleness might shatter their eardrums like a gun to the head. On stage, Guitarist Geordie Walker displays the same kind of cool that X’s Billy Zoom made famous, unruffled calm as he destroys the crowd with his gorgeous Gibson ES-295 hollowbody. A spray of golden flowers adorn the guitar’s pick guard, and seem to be visual evidence of the sweet and harsh counterpoints of this band.

3. Further evidence arrives when midway through the show, Coleman lectures the audience about how we should all plant a garden, and how soon seeds will be made illegal due to their controversial and people-empowering nature. This is the first time I have seen this happen at a hard rock show.

4. Then again, I don’t find much surprising from the eclectic Coleman. Last year, the band made news when their UK tour with The Mission UK and The Cult was cancelled when the singer disappeared, shortly after “someone” posted on the band’s facebook page that the music of the band’s proposed tour-mates “sucks.” He resurfaced weeks later in the Sahara claiming he had no idea why everyone thought he was ‘missing’, adding he hadn’t posted anything on the band’s facebook page – it must have been hacked. Due to his MIA status, the triple bill tour had to go on minus Killing Joke. Regardless of where the truth lies about any of this – I salute the band for being responsible for one of the strangest rock news stories of 2012.

5. Let’s talk about the crowd too. Killing Joke fans are not to be messed with. Largely male, solidly built and tattooed, I feel confident most of my fellow concertgoers could fix any car presented to them, and /or at some point in the past have smashed a beer can into their forehead with no lasting or immediate impact on their health. A smattering of broads accent the crowd, most of which I believe could punch your lights out just using their boobs.

6. Midway through their set, when the band get to their biggest US hit, “Eighties” I realize it should sound dated. After all, it’s about “Living in the Eighties,” right? But weirdly, nearly 30 years later these lyrics still seem relevant. “Push, Push, Struggle!”

7. For some reason the band’s roadie has adopted the look of a postpunk 1950’s longshoreman, with knitted cap, tiny tied neckerchief, and black cargo shorts. Could he be an ex-member of Roman Holliday?

8. 6 days after 2 bombs blew a hole in the heart of Boston, and 1 day after the perpetrators of the crime were caught, Killing Joke is here, playing for their fans. Coleman says from the stage “We hope to be part of your healing process,” and indeed they are. 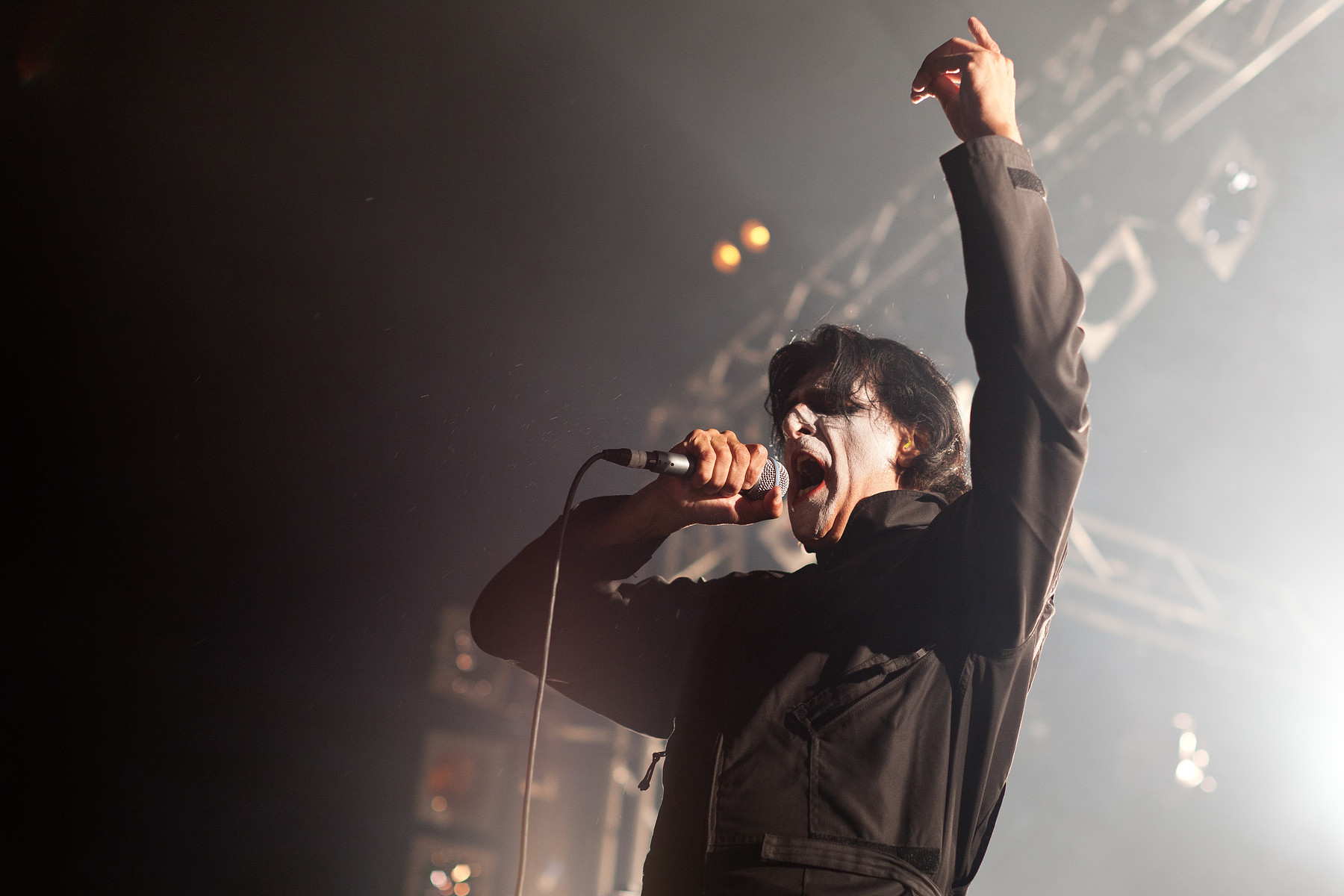