5 Things I Learned From The Independent Film Festival of Boston

Over 10 years, the scrappy, all-volunteer affair that is the Independent Film Festival of Boston has grown into a bona fide destination event. It’s got the guest filmmakers and long lines of ticketholders to prove it.

With the energetic festival atmosphere comes a headiness that can alter response to the individual selections. This is especially so at Sundance, where high altitude enhances the effect, spawning a long list of films that win big distribution deals but don’t click with general audiences, but I’ve seen this effect at work from Cleveland to Tribeca. Viewers may be a little more forgiving of problems in narrative or technique, or generally get more jazzed about something seen at a fest than they would if the same film were watched at a regular weekend matinee.

Instead of getting caught up in the moment, I opted to take time to reflect and see what stuck from the four days I spent watching movies at IFFB. It didn’t take long for so-so experiences like “2 Days in New York” and “V/H/S” to fade almost completely from memory. Other things held on longer, and even imparted a few worthwhile lessons. 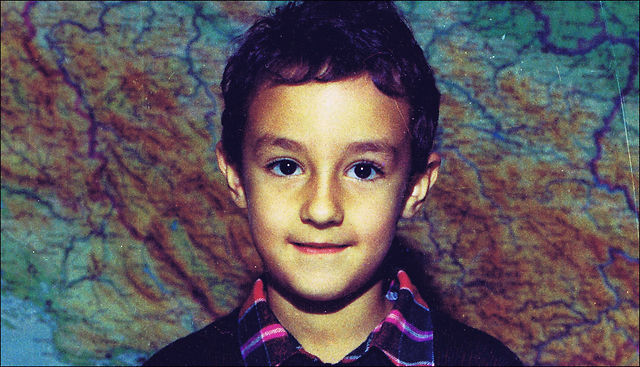 1. Be careful what you wish for.

“The Fuse: or How I Burned Simon Bolivar,” the film that opened a program of documentary shorts, visualizes an incident in Yugoslavian-born Canadian filmmaker Igor Drljaca’s childhood. One night, he made a wish for his Sarajevo grade school to burn down. The next morning, it came true.

Was it just a coincidence or did his will play some part in the civil war that started on that 1990-something day when he wanted to stay home? Drljaca has no delusions about the coincidence, but his take on world history is memorably clever. 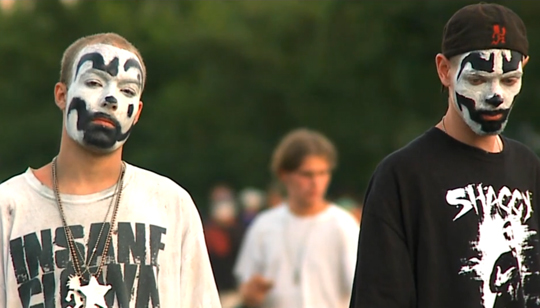 2. Fear not the juggalo.

Shawn Dunne opens “American Juggalo,” his brief cinematic introduction to the diehard fans of Insane Clown Posse, with a score that mentally conjures the droogs of Kubrick’s “A Clockwork Orange.” But after a few minutes in their company, it seems the only crime they can be accused of is highly questionable taste.

A stream of guys with faces painted angry and girls with cotton candy-colored braids speak of a sense of family among the juggalo community that’s as strong as their collective desire to be down with the clown ‘til they’re dead in the ground. Dunne confirmed the overall gentle nature of the crowd in the Q&A after the screening, noting, “These are the most harmless people ever.” 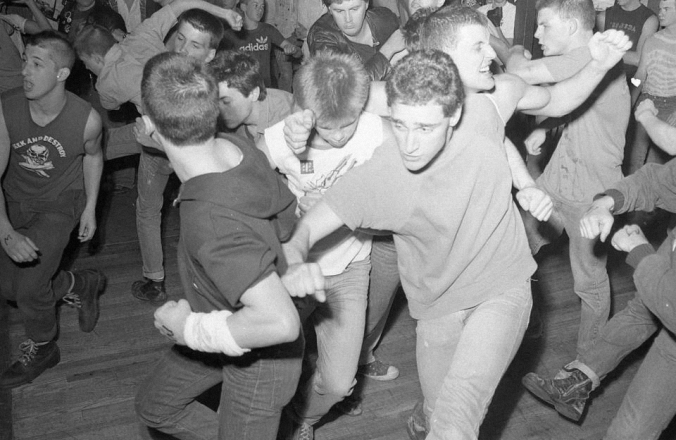 Sure, I could rock a pair of Docs and a blue-black head of hair back in the day, but with few exceptions, the studs and mohawks crowd was not one with which I could hang comfortably. If you’ve ever been part of that scene, no offense intended. It’s not you. It’s me.

“All Ages: The Boston Hardcore Film,” director Drew Stone’s documentary on the city’s hardcore scene of the early ‘80s, didn’t do much to strengthen the relationship. More than anything else, it’s a sermon to the screaming, steel-toed choir, fashioned in a rough style akin to photocopied ‘zines (excluding some great archival still photography).

From this perspective, the film seemed narrow in its focus, and somewhat weak on context for the national hardcore scene and the Boston music landscape overall. But this film was apparently made more for people like the former hardcore insiders behind it, who don’t need an overview of the scene they survived. Stone even appears on screen as an interview subject, which only heightens the incestuous feeling of it all.

The filmmakers were clearly among their own at the film’s IFFB premiere at the Brattle Theatre (it’s since come out on DVD). The old outsider discomfort returned as the post-screening Q&A went on and it appeared that the filmmakers knew almost everyone in the audience, so I got some air before returning for my next film in the same theater.

The crowd reminisced for so long that they held up seating for the later screening. Once ensconced in my chair, I felt a little alone. But I found comfort in the words of the Brattle’s Ned Hinkle, who began his introduction with, “Thank God you’re not all middle-aged hardcore people.” (Hey, our readers resemble that remark! – Ed) 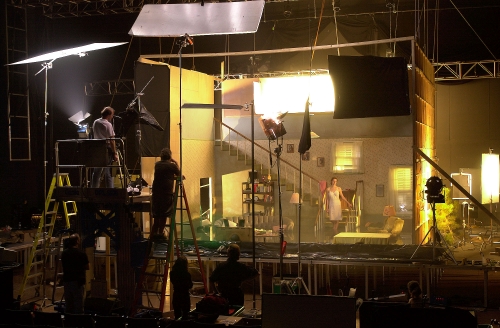 4, Somewhere in Western Massachusetts, Gregory Crewdson is doing amazing things with a camera.

Gregory Crewdson could be one of America’s most artful filmmakers, but he chooses to focus on the narrative possibilities of a single moment. He uses non-professional models found in his favorite shooting locations, the small towns of Western Massachusetts, and plans each image with the intricacy and care of any master director, down to storyboarding and soundstages.

Ben Shapiro’s documentary “Gregory Crewdson: Brief Encounters” is just as exacting as its odd, genial and meticulous subject. The filmmaker spent 10 years following Crewdson for what is essentially a process portrait centered on his “Beneath the Roses” series, with some flashes of influence and inspiration. Yet the film develops into something as beautifully hypnotic as the fog-dusted, atmosphere-pregnant images Crewdson creates. If you catch it when it arrives in theaters this fall, you won’t be able to get some of its shots out of your head. I haven’t. 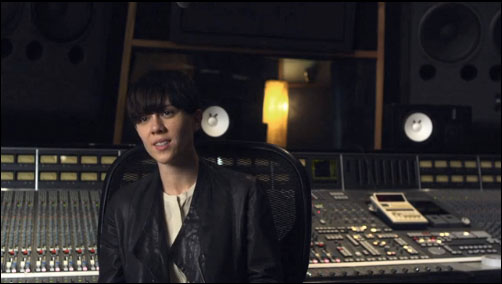 5. The connection between two MIT cancer researchers and the guy who designed the killer fish in the 3D “Pirahna” remake is tighter than you think.

Even without the energy of an enthusiastic festival crowd large enough to fill up the first floor of the Somerville Theatre’s big house, “From Nothing, Something” would be an inspiring watch.

Tim Cawley’s documentary has an electrically charged subject in the process of creative innovation, and a nicely well-rounded perspective in 16 subjects ranging from the aforementioned trio to “Top Chef Masters” contestants Mary Sue Milliken and Susan Feninger, to author Tom Perotta (“Election”), comedian Maria Bamford and Sara Quin from Teagan & Sara. They cover the topic in a way that waves away the magic dust around inspiration and presents the development of successful ideas as a combination of chance, timing and dedicated hard work.
A moonlighting creative director from Hill Holliday, Cawley has made a film that’s quick, crisp and clean – like a Gary Hustwit doc by someone used to making a point in 30 seconds or less.