"You can tell someone 'this is a bad idea', and they’ll still do it, then it looks like ass, and then they complain." - Chris DeBarge

Tattoos are forever, and as rockers age, we become more aware of that every day. It was great to get drunk at 18 and have Duran Duran tattooed on our ass, but as our butts begins to sag, do we still feel the same way we did then?

Knowledge is the antidote to most problems – the kind we may not have been able to get 25 years ago due to Mad Dog getting in the way – so Rocker took our very grown up and nearly sober questions about tattoos to Master Tattooist Chris DeBarge at Allston MA’s Stingray Body Art to get his tips for every stage of the tattooing process.

1. Speaking as someone in the business, what would you look for in a tattoo artist or tattoo parlor?

Attitude is number one. If the artist has a good attitude I know they care about what they do. If the person is dismissive, who knows how they will feel about working on your tattoo? You want to use somebody you trust and you think is going to pay attention to what they’re doing rather than problems they’re having with their girlfriend or something. Look at their portfolio of their work, but if you get a good vibe from them, that is really important.

As for the parlor itself, again, the attitude is key. If they greet you, say “hello”, whatever,… I mean, you wouldn’t expect them to kiss your ass, but if they are serious about their business they’re not going to give you a short shrift. You are well within your rights to ask about cleanliness, and that’s what the permits on the wall are for – to show they are licensed by the board of health or whatever sanctioning body there is in their state. By all means, ask to see the shop’s clean room. If they give you kind of a half-assed answer about that – or shrug it off – you gotta wonder, are they having a bad day, or are they trying to hide something?

2. What are some common mistakes people make when getting a tattoo?

Always first and foremost, getting it too small

Like, if you get a letter E that is 1/8 of an inch tall, in just a few years time the ink will begin to move a little tiny bit, and that E is going to close up and it’s going to be an O. It is the biggest mistake people make, and they do it every day, and the tattoos look like hell pretty quickly.

I’m sure you’ve noticed nowadays people want writing, writing, writing, tons of writing and it is just going to turn into mush. If you want that thing to last for 30 or 40 years you can’t make it too small, it has to be nice and bold. Those old guys knew what they were doing when those tattoos were all bold and simple. I’m not putting down the detailed work some people are doing nowadays, ‘cuz there’s amazing stuff coming from some artists nowadays, I just question the longevity of it.

There’s nothing wrong with words in a tattoo, I like them, I have them, but (gestures to own arm) this says “Mom”, it doesn’t have the 23rd Psalm. I mean, a picture is worth a thousand words, right?

3. Sometimes you have a very clear idea of what you want to have done, and the tattoo artist won’t go along. Should you argue if you really want a certain thing?

There are things we can’t do, and we won’t do. If I think the tattoo is too small and in too rough of a place I just won’t do it. I won’t just take your money. You can argue with me all you want, but I’m not going to do it. I’m not a prostitute. It’s bad karma.

I have had this happen to me countless times, where you can sit there and tell someone for an hour why this is a bad idea, and they’ll still want to do it because they think they know more than you. And then it looks like ass. And then they complain about it. So when they pull that on me now, I’m like (waves) “Have a good day!”

4. Should parents go with their kids to get them tattoos?

In the old days you would have avoided your parents if you were going to get a tattoo. You don’t want them to know! It’s something you get to do as an adult. You turn 18 and you go to the tattoo parlor and get a fuckin’ tattoo if you want! It’s your decision and your parents can’t stop you! I guess now that kids often want to be best friends with their parents that has destroyed that a bit.

Nowadays, when I see parents come in with their kids it’s usually because they want a tattoo also. Even if they don’t get one, they’re still curious.

5. Are there any special consideration for folks over 40 getting new tattoos?

As you age, your skin will start to change, you lose collagen, and the sun starts to take a toll. Skin is very different to tattoo on a 60 year old person than on a 20 year old person. It’s more delicate, not as pliable and damages easier. You have to keep things simple and bold.

6. What is the most important thing someone can do to keep their tattoo looking great?

Keep ‘um out of the sun – there’s not much more I can tell you. It’s the same thing with any skin condition, “Don’t go in the sun, stay younger”. It’s just like if you put a painting out in the sun, sooner or later it’s going to fade a bit. The same thing happens to a tattoo – especially the lighter colors, the sun will attack them.

7. What can people do when their tattoos begin to fade or discolor?

Learn to live with it – which is what most people do because they don’t want to go through it again. Some people want to come in and get them fixed up. You can do that – get them re-done – but it’s nothing you can do every 5 years, because sooner or later the skin will just become a giant scar. The skin gets damaged every time you do it so you can’t just keep tattooing it over and over in one place. It’s the same thing with getting them re-colored, you can only do it so many times, or your skin will get all crummy. I’ve seen people who have had it re-done like 4 times and they want me to recolor it again and I’m just like “there’s no point, the skin is not going to hold any ink.”

When you redo it, the look can also become muddy because tattoo colors aren’t completely opaque. So if say you have a blotchy orange and you hit it again with orange you’re still going to see that blotch underneath. So re-doing is not a plan. Just keep it out of the goddamn sun. You should wear sunblock anyway, the sun is gonna turn you into a goddamn suitcase! 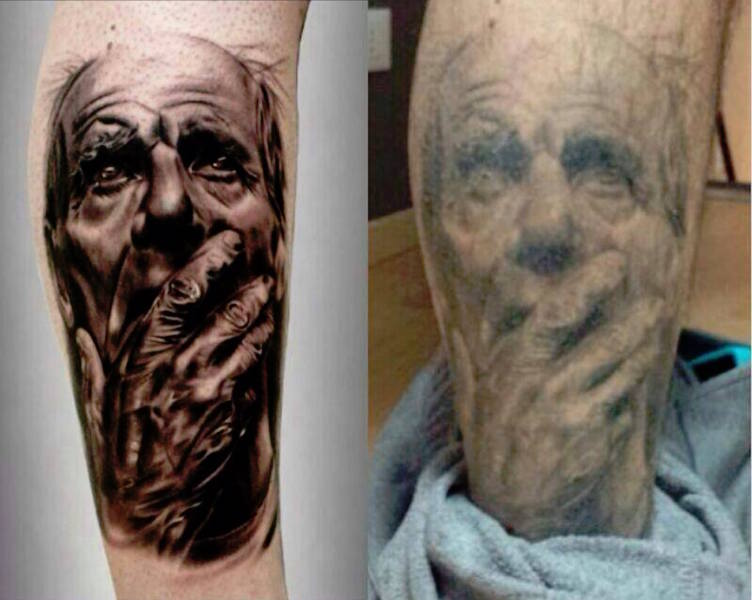 Most people realize you got to accept some things about aging. I mean, you can’t buy your way out of every situation. The skin is gonna age, and tattoos age, not just from the sun. They do start to spread out a little, I’m sure we’ve all seen the old guy with the tattoo that looks like a giant green blob. The ink does start to move, and when we’re talking a guy who has a 40 or 50 year old tattoo starting to show signs of that, I’d hope by that point the guy wasn’t so conceited that he really cared about the thickness of the lines.

Older tattoos that turn green – that’s because they were made with India ink, which is not a true black but a a dark, dark green – so that’s why they look like that. We don’t use India ink anymore, you can’t even buy that stuff anymore, they banned it. The inks we use now are pretty high quality, they have a higher level of pigment so they are less susceptible to aging and sun. But there is a limit, you can only cram so much color into the skin.

8. Will psoriasis, eczema, or other skin ailments destroy my tattoo?

It may or may not damage it. I’ve seen people with poison ivy, or a cut, and people come in and freak out like “Oh no, my tattoo!” But you’d be surprised, once it heals up, often it is OK.

9. How will weight gain, loss, or pregnancy affect my tattoo?

I get this question all the time, especially from teenage boys who say stuff like “I’m gonna work out and get big, what’s gonna happen to my tattoo?” and the answer is “Keep working out and we’ll see.” You can see on those Iron Man competitions though, [the more built up the guys get] those guy’s tattoos do move – look for that next time.

As for pregnancy, I’ve seen it go both ways. I’ve seen it where the tattoo got bigger and then it went back after the woman gave birth, and then I’ve seen it get a little mushy looking, like it has been out in the sun. Stretch marks are definitely not good for a tattoo, it can make it bumpy.

10. What is the most important thing people forget about getting a tattoo?

Getting a tattoo is a process. It’s about going to get the tattoo, and talking with people you meet in the lobby. Its fun, and you come out and you’re a badass now ‘cuz you’ve got a tattoo! It often really is about a time and a place, rather than the actual tattoo you have. People forget that because of these ridiculous shows they have on TV nowadays. Getting a tattoo is supposed to be fun.

Our thanks to reader Sandy C. for requesting an article like this.

Need more rock in your life?
Get 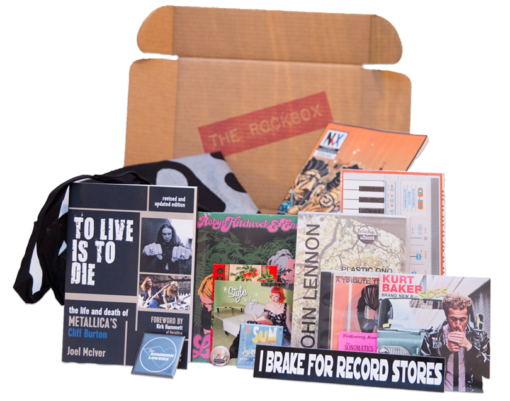 A cool mystery box of rock n’ roll fun!
Our painless antidote to that “I have no idea what is going on in popular culture” feeling.

Keep up to date with all that rocks & get free music in your mailbox! 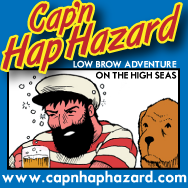