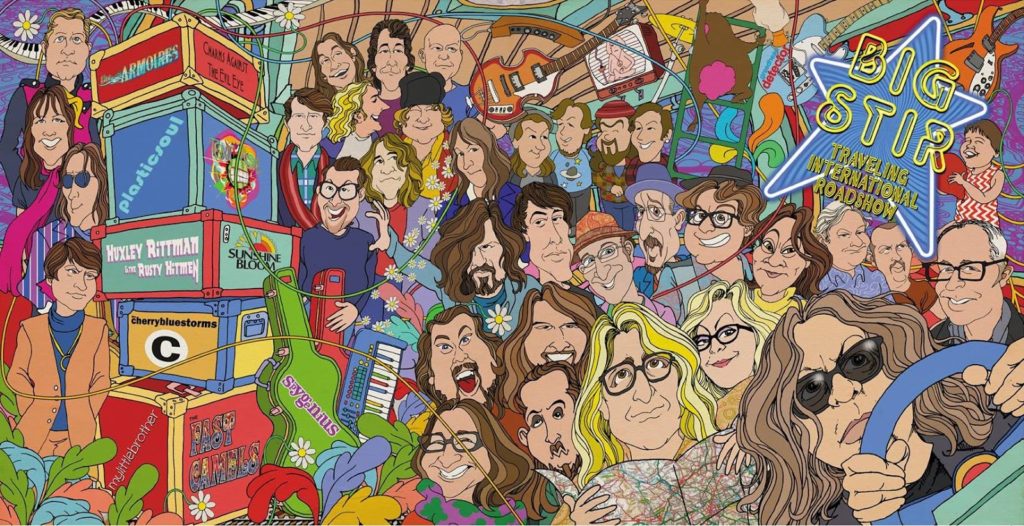 The UK has a weird relationship with power pop. After inventing the genre (Beatles, Kinks, Badfinger et. Al.), us Limeys have sort of… gone off it a bit. However, no backstreet bar in downtown U.S.A. is complete without a bunch of guys in jeans and suit jackets cranking out a heartfelt version of “September Gurls”, it seems.  So, to remind us what we’re missing, the nice folks at Big Stir Records have sent a few intrepid souls to brave the lukewarm drizzle of a British Summertime to re-educate us in the ways of pop.

It’s Wednesday night in Birmingham and as the delightfully named Huxley Rittman and the Rusty Hitmen take the stage, I’m the only non-bandmember in the room. In spite of that, they rattle through a short and delicious set of rough, tough pop. “If The Shoe Fits” is a classic waiting to be discovered, and their version of “Funky Town” was rather lovely. I can confirm that 100% of the audience (that’s me) dug ‘em.

Rex and Christine of The Armoires are a Stevie and Lindsey for the “Radio City” generation. Backed by a moonlighting rhythm section, they treat us to some classy harmonies, jangly Rickenbacker action and a masterclass in quality pop. Due to the ad-hoc nature of the affair, tonight’s version of The Armoires looks like a dysfunctional version of the Partridge Family. Cool.  I was particularly impressed by the matching haircuts and clothing – It’s all about the details, kids.

Drawing the U.S. involvement in the evening to a close are Plasticsoul – more guitar led than the previous bands, the set draws heavily on the excellent “Therapy” album, which you really should own. Any band that covers “Biff Bang Pow” and references The Rutles in their live set is a winner in my book.

By the time the UK headliners, Sunshine Bloom start their set, there are a few more people in the room. The band rip through a set of Jellyfish-y pop-prog and jump about the place while they’re doing it. The quality of musicianship is astonishing, but they suffer a little from the “cram a load of bits into every song” syndrome. They do have a bunch of ace tunes in the repertoire though, including the beautifully named “Friends With Detriments” – these guys could be a band to watch as long as they can battle through the apathy of British audiences