Reviewed: The Bullet Proof Lovers – “Shot Through The Heart”

Finally – a band that looks like a band.  I’m not sure about you, dear reader, but I’m slightly peeved at the number of bands that look as if Mommy has forced them into their best clothes to go to Kenny and Britney’s wedding reception.  You can hear the reluctant bassist moaning “ahw Mom…” as he’s forced to wear those lovely beige slacks she picked out for him.  It’s not right, I tell you.  That’s not to say The Bullet Proof Lovers look like they’ve picked up their stage gear from a dumpster behind a goodwill store, but at least they look like they should be toting guitars and not knocking on doors asking people if they’ve heard the good news about Jesus.

They sound like a rock and roll band too.  “Shot Through The Heart” (OK, who played the opening few bars of “You Give Love a Bad Name” in their head when they heard the title?) is a great rock and roll record with its loud pedal pressed down all the way. The tempo drops just once (but not much) on the almost Tom Petty-ish “One Last Night”, other than that, it’s head’s down, no nonsense ramalama from soup to nuts.  Caution – playing this album in your car will result in you driving really fast.

Imagine if the Ramones had stayed in school a bit longer and concentrated harder in music class.  Or if DeeDee was a huge Cheap Trick fan.  Get the picture?  These boys have done their homework, and combined pop smarts with a bit of ye olde punke rocke, but someone grabbed their dad’s Raspberries albums along the way, resulting in a healthy dose of melody to temper those loud, Steve-Jones-Is-God geetars.  If you ever dug the Hives’ tuneful garage rock, you really should check this out.

The band deliver 12 tunes in 36 minutes on “Shot Through the Heart” and as the songs crash into one another (in a most appealing manner) there’s no time for ballads, concepts, or any of that nonsense.  Once you get beyond the rather overdone “radio flipping through channels” opening of “I Am My Radio”, it’s good news all the way. The songs are all too short, too fast and over-caffeinated.  Really over-caffeinated.  But these are good things!  You want big choruses?  They’re happy to oblige – “Take it or Leave It” and “All I Want” will have you tapping your Cuban Heels vigorously before too long.

The Bullet Proof Lovers look like they belong in a barroom and sound like the Runaways’ kid brothers.  A good combination, I’m sure you’ll agree.

Get the album at the Rum Bar Records Bandcamp site 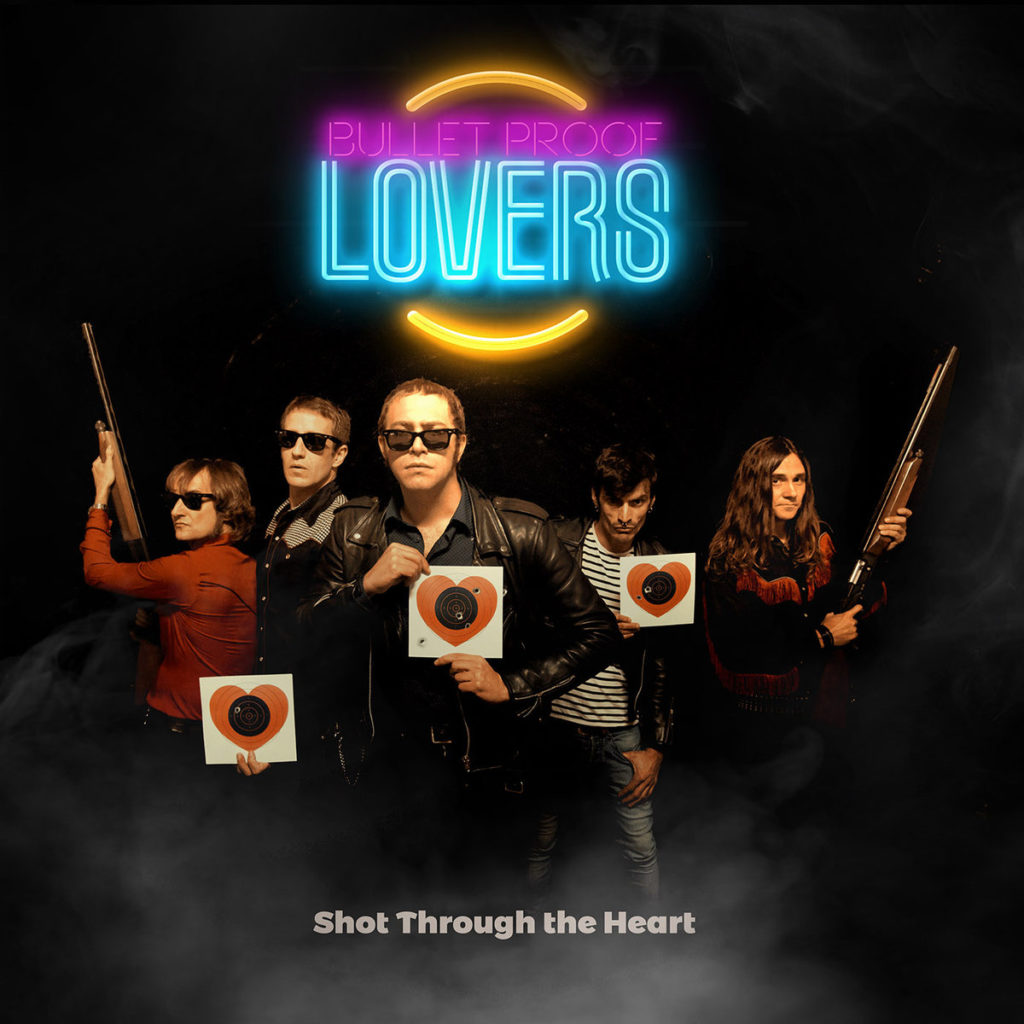