Reviewed: The Who live in Glasgow

With only 2 original members left, both in their 70s, can The Who put on a farewell show worth watching? 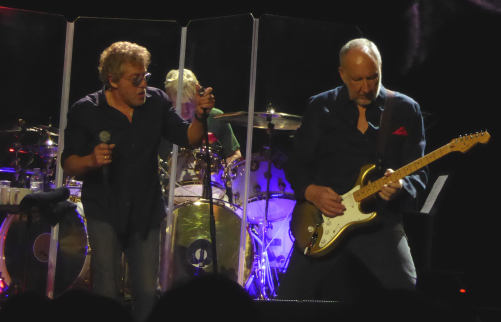 We all have ‘em – that one friend who loves your favorite band almost as much as you, the one friend with whom you can discuss the most obscure minutia in a band’s sound or history. In my case, it’s not one friend but several, they all live in Scotland and the band is The Who.

To quote Dirty Harry Callahan, SFPD, I know what you’re thinking:” The Who? They’re a hundred years old! Half of them are dead! Is this another of their many farewell tours? Why bother?” Well, my answer to you is: no, yes, sorta, and because. True, half of them are dead, Keith Moon has been wrecking hotels in rock and roll Heaven since 1978 and John Entwistle has been doing same since 2002, and they’ve left behind singer Roger Daltrey and guitarist Pete Townshend, now both in their sprightly early 70s. As far as the charge of multiple farewells, we ask for a finding of “nolo prosequi.” In 1982, The Who toured under the farewell banner and then sat in dry-dock for seven years, and since then they have mounted several tours, but none of them under the guise of saying goodbye.

2014, when they announced that they really were going to pack it in and embarked on a lengthy itinerary that’s taken them throughout North America, Europe, Asia, South America, North America, Europe, North America…you can probably spot the trend. I’m going to step out of my well-tailored (white jacket with side vents five inches long) comfort zone here and ruthlessly state that, at this point in their career, if there’s a dollar to be made, The Who are going to take it. And why the hell not? No one wants to be skint as they head into their 80s. Have they not mouths to feed, families to provide for, yachts to berth,… (They’ve made plenty off of me so I’ve purchased the right to be a little snarky.)

But beyond that, The Who, through their tours and concert recordings, have raised millions of dollars for the Teenage Cancer Trust, a very worthy organization that looks after youthful cancer patients and their families. So, am I going to begrudge them a farewell tour that has stretched out to multiple years and multiple visits to the same venues? Not as long as I’m a zealot with disposable income. After all, one of these days, it truly will be the last time. 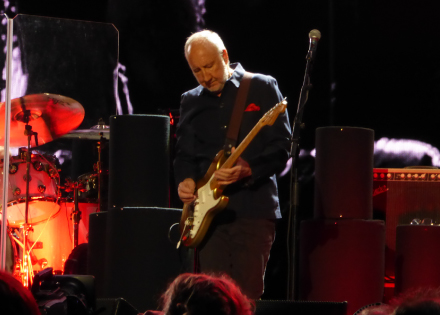 The show I made the journey for this time was Glasgow, a friendly, fun-loving city which The Who seem particularly fond of performing in. Having been there just over a year ago, the band promised an entirely different show (a blatant attempt to boost ticket sales): an acoustic version of their 1969 breakthrough album “Tommy” was announced to almost no one’s pleasure. Then it was modified abruptly to Electric Tommy. And ultimately, to something else with trimmings from Tommy thrown into the pot for flavor.

Having now been to some fifty-odd variations of this shindig, I know what to expect; and the mighty Who, nothing if not consistent, delivered once again. Following the traditional show opener – their 1965 debut, “I Can’t Explain” – and 1970’s “The Seeker”, The Who launched into the first of their guaranteed fist-pumpers, “Who Are You”, a crowd favorite if only because it gives everyone in the audience a chance to shout “fuck” at the top of their lungs. Given that this was Glasgow, the punters probably would have done that anyway, but here was a more socially acceptable outlet. While the first two numbers tend to act as a warm up, the concert equivalent of leaning against a wall at a 45 degree angle and stretching one’s calves, “Who Are You” is a test of the band’s level of both energy and commitment. A desultory “Who Are You” does not bode well for the rest of the evening. This particular night, the great shambolic monster came to glorious life: loud, rough-edged and with just a touch of the implied violence of The Who at their peak.
The monster, however, was not quite ready to awaken fully. “I Can See for Miles”, one of their all-time classic singles, is a glorious studio creation that has never quite worked live, which may explain why it’s only infrequently been a regular part of the set. The splendid manipulation of sound that makes Pete Townshend’s guitar resemble the engines of a Lancaster bomber just doesn’t come across. Still, for the sake of the song’s composition, it’s great to hear and the lack of Lancaster bombers does not prevent me from trying to replicate Keith Moon’s rolls and fills on the chair in front of me.

“My Generation” starts out well, still drawing blood fifty-two years on but an extended coda interpolating “Cry If You Want” from 1982’s It’s Hard just peters out. Strong renditions of “Bargain” and “Join Together” lead up to a substantial Whitman’s Sampler of Tommy tracks, including several that The Who rarely play these days. “It’s A Boy/1921” with its contrapuntal vocal lines is a joy to hear and “Christmas” is a true highlight of the show. One finally senses why this version of The Who features three keyboard players: it’s primarily to lend their voices to the challenging backing vocals in this song. “I’m Free” gets the crowd going in spite of the silly animations from the Tommy movie projected onto the scrim and the “Listening to You” finale never fails to satisfy. It remains one of the greatest moments of give and take between a band and audience that I’ve ever seen. 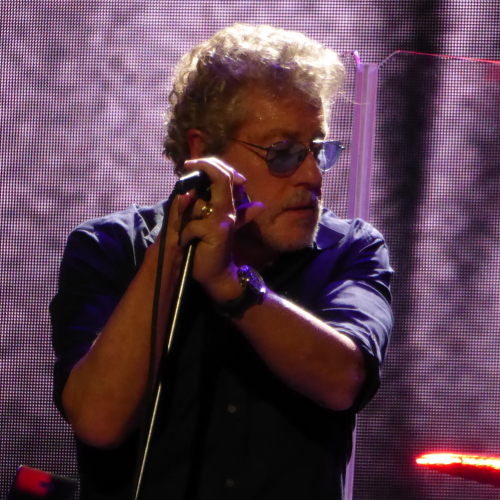 From here on in, The Who are unbeatable: “You Better You Bet”, while not the towering composition of Townshend’s career, is a crowd pleaser that also acts as palate-cleanser before The Who launch into a mini-set from their “other” rock opera –god, I hate that term – Quadrophenia. Having performed this massive and complex work in its entirety during 2012 and 2013, the band’s smattering of cuts from it is spot-on with Daltrey especially compelling during “Love Reign O’er Me”, the album’s thunderous finale. At this point in his career, Daltrey’s voice frays and cracks, but more than anyone else in the band, he wants to be out there every night so the fans love him all the more for the rough patches. “Baba O’Riley” follows quickly, with “they’re all wasted” barely out of the mouths of every yob in the arena before Daltrey and Zak Starkey race each other to the finish line on harmonica and drums respectively. Townshend adds an exclamation mark of sorts with a relatively low altitude leap.

Ultimately, the final arbiter of a quality Who show is the passion that Pete Townshend brings to the traditional set closer, “Won’t Get Fooled Again”. This night we are not disappointed, for Townshend, energized by the responsive crowd, is right on target, his chords crisp and brutal, a flurry of wind-milling bringing the show to an end. Or so we think. After introducing the band, Townshend announces that although the Who have not been performing encores so far in the tour, they are going to leave Glasgow with a little something extra, which turns out to be a rave-up take on “5:15” with Townshend playing some of his best leads of the night.

After a final valedictory from Daltrey, urging us to be happy, healthy and most of all, lucky, we set off into the chill Glasgow night, knowing that if this was indeed the last time we’d be seeing them, we had witnessed a corker.

PS – It won’t be the last time seeing them. Shortly upon my return home, a US tour was announced. Am I going? Zealot. Disposable income. See you there.