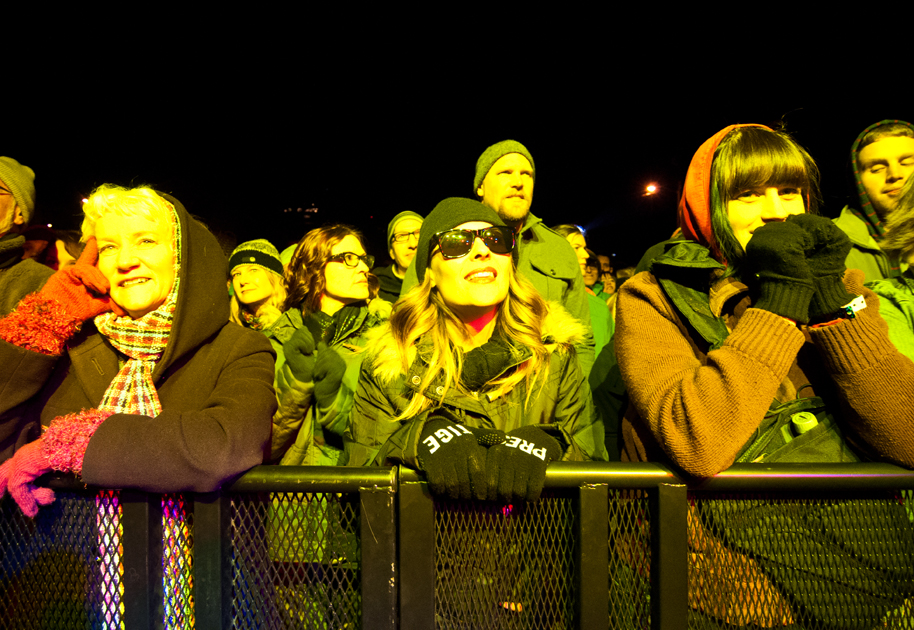 Though now well established, Boise’s Treefort Music Fest isn’t old enough to be cynical. Like Boise itself, everything about Treefort says “we’re just so glad you’re here, and you like to do the things we like, too!” – which for five days in late March means a great downtown-wide party.

Oh sure, a Treefort pass costs a fraction of the price of SXSW, and it’s hosted by a city whose biggest source of civic pride is a vague sense of “livability.” You might think you’ll be able to relax and enjoy a chill vacation while taking in some unusual bands.

…or not. There are hundreds of bands, and dozens of venues. There are no less than 10 “forts” (not including “Poopfort,” the bank of port-a-potties near the main stage), including Yogafort, Alefort and Skatefort. You might spot a two-story squid puppet plying the crowd or hear 20 bands play at once in the middle of a closed street.

This year, bands indie dance band STRFKR, “Maximalist indigenous psych” band Mascaras and Seattle punk band Thunderpussy are getting a lot of buzz and are sure to put on wild shows. For those looking for a little indie nostalgia, this year you can also check out Johnathan Richman and Meat Puppets.

Here’s how to make the most of the forts when you’re in your fort-ies (see what I did there?):

1. Round up your Treefort posse

Most of us won’t be able to test drive all 411 bands that are playing this year (tuning into Boise Community Radio can help, though – DJs preview bands all month). Ask your Treefort friends who they’re planning to see, and be sure to find them at venues. As we age, we need stuff our younger rocker selves barely knew existed – antacids, sunscreen, attention spans – if you travel with a posse, you can cover for each other.

A few years ago, a group of us were dancing to Sharon Jones at the Main Stage, when a friend yelled “Need a snack?” and handed me a small Ziploc baggie of something. “What the…?” I asked, glancing down. “Bacon wrapped dates!” she grinned, and passed it around. Moments later, Sharon Jones pulled her up on stage to dance with other members of the audience, and was also offered a date (Miss Jones didn’t take one). 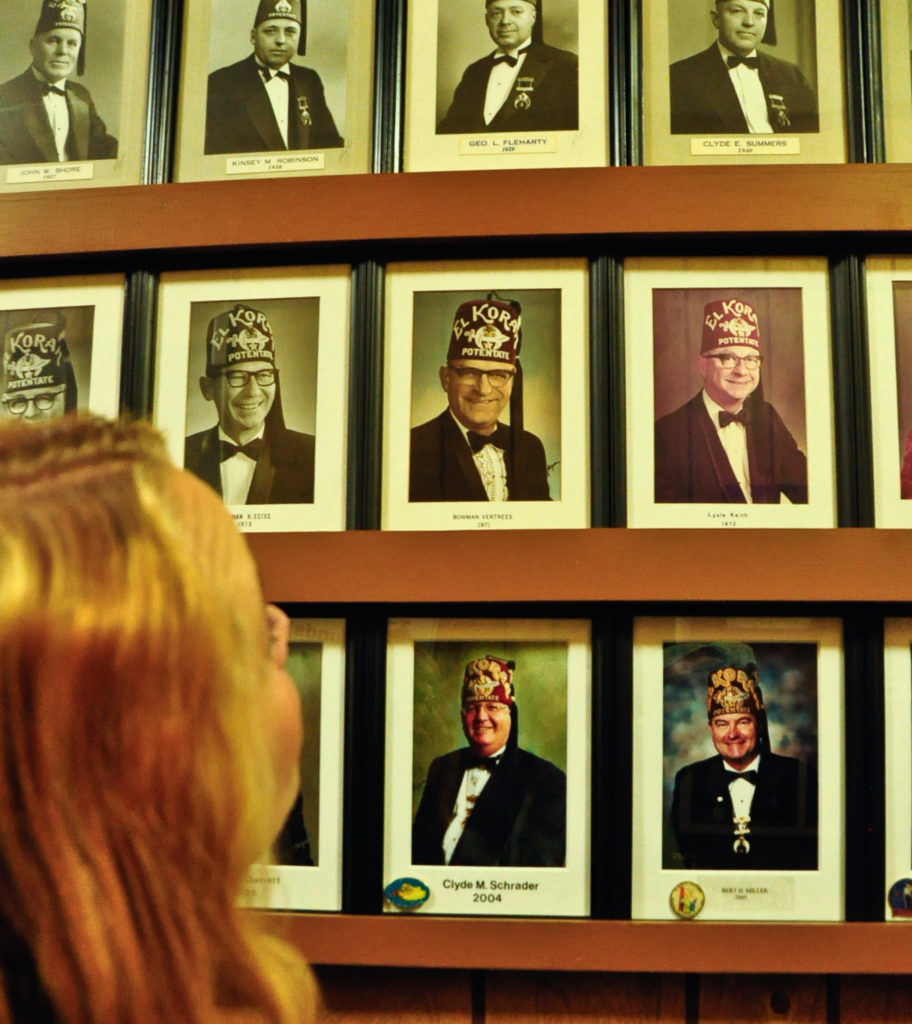 2. Check out a Potentate.

Treefort’s most unusual venue might be the El Korah Shrine, which, for 51 weeks a year, is the local Shriners hangout and center for, well, whatever it is that Shriners do. Before heading to see a show upstairs in the main hall (you’ll know it by the neon Shriners logo above the stage), stroll the hallway to admire dozens of framed head shots of fez-bedecked Potentates through history.

The women’s room (“Ladyfort”) in the downstairs at El Korah is probably the most famous in the Intermountain West. You walk into a flowery room with gold trimmed furniture, fake flowers, and a wall-length mirror, clearly intended for primping Lady Shriners (or for Shriner Mistresses. Or Shriner Mums). The single toilet stall seems more like an afterthought. During Treefort, it’s a haven to escape drunks, exes, or just to admire the 1980s décor.

There’s a full bar downstairs where it’s quiet enough to have an actual conversation. Upstairs at the auditorium you can buy wooden tokens from active Shriners that you swap for cans of beer.

Let’s face it, hangovers get worse as you get older. Take my mom’s advice and bring a water bottle. Hydrate and fend off the hangover.

With more than 20 venues distributed throughout downtown Boise, you’re going to be doing a lot of walking. For Pete’s sake, wear comfortable shoes! And layer up! Though it’s called the “City of Trees,” Boise is in the desert, which means that temperatures can swing dramatically between night and day. Though you sure look cute in that retro western shirt, bring a sweater if you’re going to enjoy an outdoor show or move from venue to venue.

Like at other festivals, unofficial venues get in on the action. A few years ago, Camper van Beethoven played an informal set at the Record Exchange, Boise’s best record store. Surrounded by bins of records and CDs, their performance of “All Her Favorite Fruit” brought attendees to tears.

Locals often cite the fact that Boise has one of the largest Basque populations outside Spain. Several Treefort venues are on or near Boise’s Basque Block, where you can get some croquetas (deep-fried balls of heaven) at Bar Guernika (not a Treefort venue), named for Boise’s Basque sister city.

Are your eardrums fried from too much rock? Need some fresh air? Take a stroll in Boise’s foothills or the paved greenbelt that goes the length of the river through town. 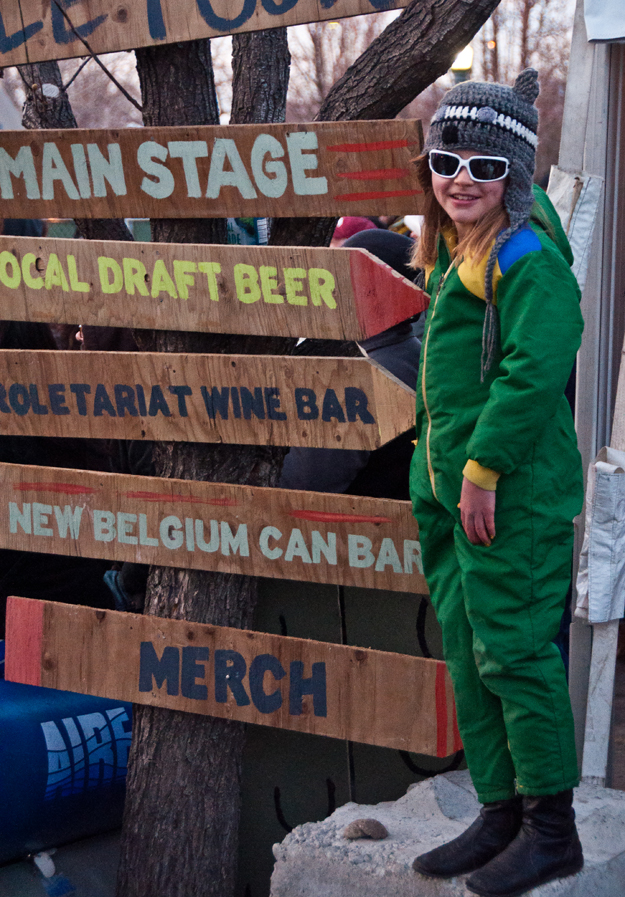 Treefort is one festival you don’t need a sitter for. Bring the kids over to Kidfort, where they can learn improv, hear a kid rock band, or learn filmmaking. They can also roam the main stage area, but be sure to bring hearing protection if you worry about tender ears.

Now that I’m in my 40s, I can finally admit out loud that I do sometimes go to bed before 10 PM. In my younger days – back when my eardrums were still intact – 10 PM felt was early to hear a band.

Treefort’s outdoor Main Stage closes at 10 PM (thank you, City of Boise Noise Ordinance), so if you bonk early, you have an excuse to call it quits. But it’s worth it to power through. Magical things happen at the other venues late at night. As crowds thin, a camaraderie builds – as does the quirk factor. Festival planners often schedule the quirkiest bands late, so while you might not know exactly what’s going on, rest assured it will be memorable. One year I wandered into an upstairs venue to check out a strange, obscure little band. The performance space had been covered in patterned cloth and foil. There were shadows. There was gesticulating.

7. If you do stay up late, enjoy Boise’s late night responsibly: with pizza.

Fend off the dreaded middle aged hangover with pizza. Pie Hole on 8th is where to go for a late night slice. There’s often a line out the door, but it moves fast, and is worth it if you’re in the area – and for a place called “hole,” it has a decent microbrew selection.

In recent years, the Shriners started serving food to late night revelers in their basement bar area at El Korah. Though it’s expensive for late-night breakfast, you’re helping a good cause – the Shriners, who support children’s hospitals. 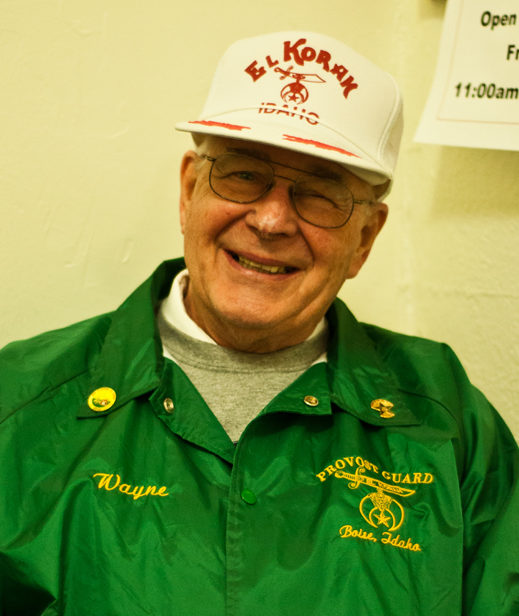