Former Pills frontman on his recent stroke, and recovery! 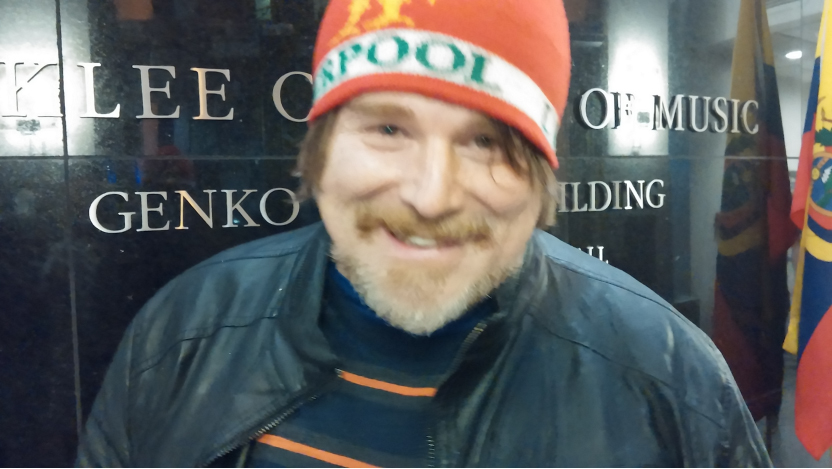 Running into local pop god Corin Ashley, is always a treat, so Rocker’s editrix was glad to have the opportunity to catch up with him, when they mutually enjoyed a night out at the David Friend Music Hall, taking in a hypnotic set from Gaz Coombes.

For those unaware, the well-loved local troubadour, and one-time Pills frontman, suffered a stroke “at the gym of all places” in early January.  Scary stuff for anyone, but especially for a musician.  Great news from the man himself is he’s quickly recovering, just a few months after his episode, saying of his current guitar strumming abilities “I can’t shred, but I can play!”  Though his voice remains a little husky for now, it didn’t stop him from asking many questions during Coombes’ set, sending the artist and audience into bales of laughter.

We’re wishing him a speedy recovery, and a return to rocking soon.  If you haven’t gotten in touch yet, send him a word of support or (belated birthday greeting) on his facebook page:  facebook.com/corin.ashley

Or do yourself a favor and get a copy of his unrepentantly groovy 2013 release, “New Lion Terraces” HERE