Ultimately, I’m a rock and roll lunkhead, any critical acuity greatly swayed by something fast, loud and, y’know, cool. These days, with gobs and gobs of music readily available in a way which it was not when I grew up, if something doesn’t grab me by the throat immediately, I move on to something else. But being a writer for Rockerzine demands a certain integrity and devotion to craft. While I possess neither, the editor allows me to write for her anyway.

At first blush, Eytan Mirsky comes across as merely a nice guy writing and performing nice songs, the album, Funny Money, as overly polite. More sugar than spice, to hijack one of his lyrics. Those inclined to play Spot-The-Influence are likely to hear a Cuisinart’s worth of Graham Parker, the Smithereens, Evan Dando and even John Mellencamp, but that does no favors for the artist, who probably doesn’t want to be compared outright to somebody else, and the critic, who shouldn’t be so dadgum lazy. Luckily, I caught the flu, called in sick to work and, taking a more responsible approach to, ahem, MUSIC CRITICISM, was able to give the disc multiple spins.

‘I’m Gonna Fight It’ gets things off to a nice crunchy start, with guitar and piano dueling the real stars of this show: Mirsky’s fine voice and sharp compositional chops. ‘Somebody Played a Joke on Me’ swings as if it belongs on Howlin’ Wind or Heat Treatment and should become the theme song for every mature rocker who hasn’t achieved Tom Wolfe-style Masters of the Universe status. “I was meant to do things great and mighty/I’m doing laundry instead”: not an alien thought for those of us who count our decades on both hands, but being that old had its good points – how many listeners under the age of fifty are going to get the subtle Carpenters joke buried here?

Envy is a theme that returns in “You’ve Got it Made”. The universe played no jokes on the subject of this song, whom the singer checks up on via social media. Refreshingly, Mirsky doesn’t seem to begrudge the other’s perfect life. “Some folks are lucky; that just how it goes “ he sings,  accompanied by Jon Cobert’s rollicking piano and producer/multi-instrumentalist Jon Gordon’s tasty slide guitar. While ‘I Saw Something In You’ starts in little pink houses territory, any romantic bliss is flipped on its head by the end of the first verse. Similarly, there’s real wit in ‘Funny Money’, a sharp power pop treatise on counterfeits, both romantic and financial. ‘Watching Dawson’s Creek’ is a sweet acoustic number that resonates even if one, like me, has never seen a single episode.

Though ‘Good Hair Day” is not an epic finale in the vein of ‘Desolation Row’ or ‘Won’t Get Fooled Again’, it seems the best to be hoped for after the all the indignities Mirsky heaps upon himself. His fellow dog owner may ignore him, he may be falling for the completely wrong person, but as long as his ‘do is right, there’s nothing he can’t accomplish. Even the saddest sack gets to look good once in a while.

Eytan Mirsky is the songwriter behind several songs that appeared in your favorite films including “Happiness” from the film of the same name, as well as tracks appearing in “American Splendor” and “The Tao of Steve”.  You can buy his latest, “Funny Money” on Bandcamp by clicking here.

Rockerzine recommends everyone get their flu shot. 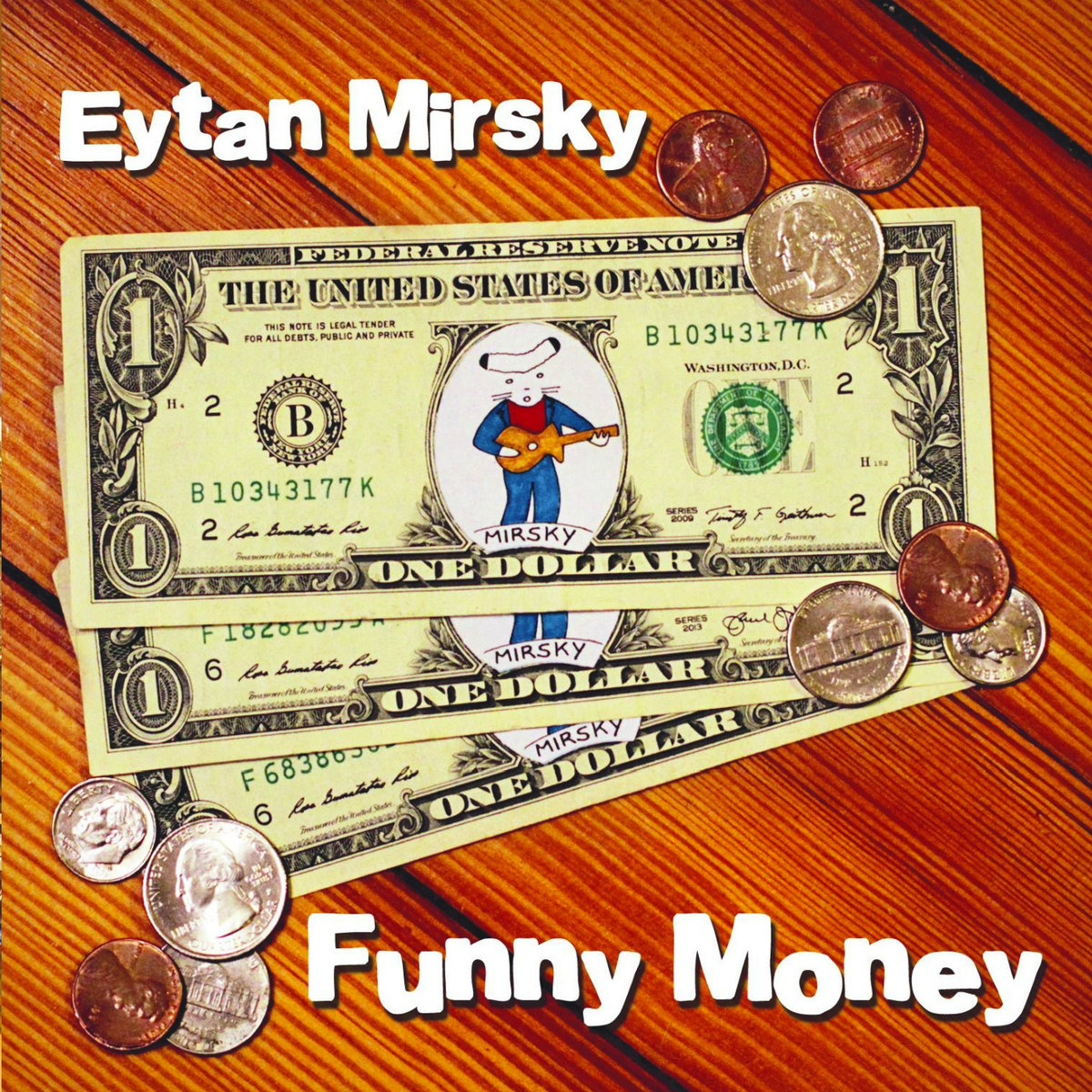