“The Who: 50 Years of My Generation” by Mat Snow

In their fiftieth year of existence, how does the latest entry into the Who book pantheon measure up?

It should come as no surprise that The Who, a band with some eighteen different “best of” compilations, also has a plethora of biographies and group history books, especially now, in their fiftieth year of existence. Newly released is The Who: 50 Years of My Generation by Mat Snow, long-time writer for the New Musical Express and former editor of Mojo magazine. While the title of the book is something of a misnomer – “My Generation” is just a song after all and hardly the Who’s most famous one at that – it does capture a Who fan’s deeply-held attraction to the band that many considered the most simpatico spokesmen for a generation of music fans, primarily male, that grew up in the sixties and seventies (Big reveal: I’m one of them). 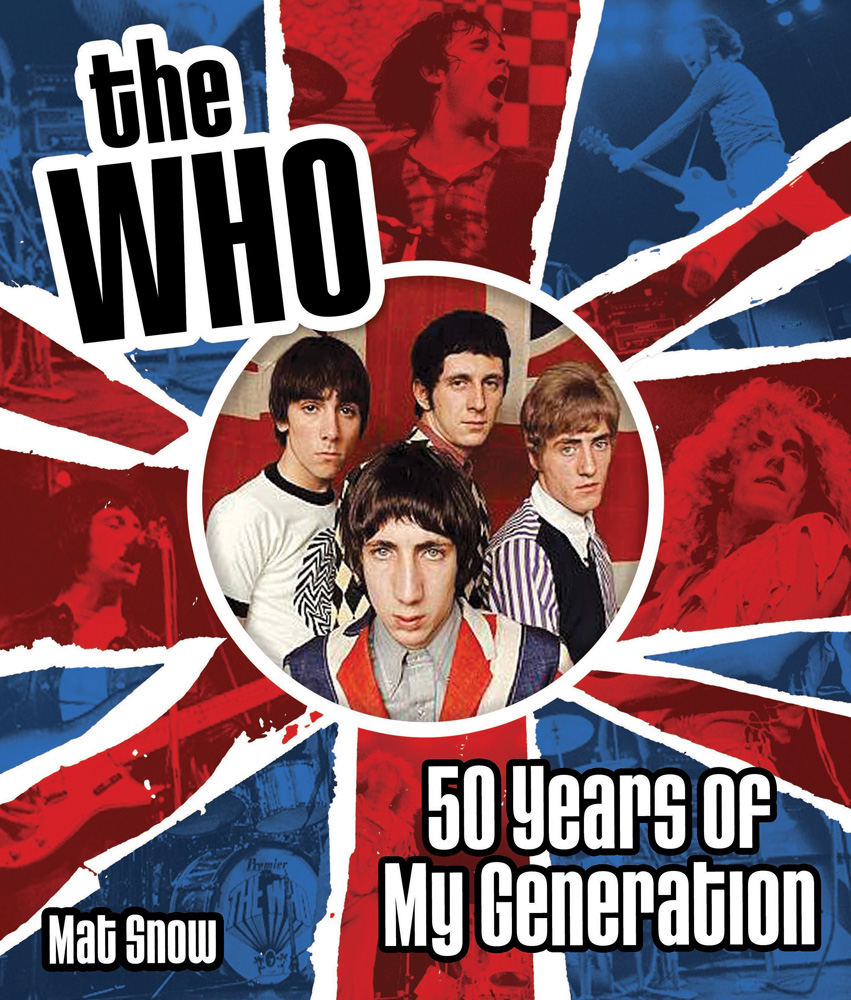 Author Snow touches on all the key points of the Who’s story, painting a particularly good picture of the group’s members in their youth. There’s Pete Townshend growing up with his musician father often absent. Later, to the young boy’s dismay, Pete would be left to live with his unbalanced grandmother. Clearly, Snow has carefully combed Townshend’s rather somnolent 2012 autobiography for details of this difficult time. There’s John Entwistle as a member of the Boy’s Brigade and taking up the French horn. There’s Roger Daltrey, the young teddy-boy forming a skiffle band in the wake of Lonnie Donegan’s hit-making. And there’s Keith Moon, the surf music loving class clown, newly inducted into the band, now christened “The Who” after being known for several months as The Detours. Snow nicely details their early lives, dovetailing each band members’ tale with the larger story of wartime London.

There is no question that the author knows his subject, acknowledging early on that while The Beatles drew inspiration from American rock and roll and the Stones from American R&B records, The Who drew very much from within themselves and their fans, writing songs that reflected confusion and angst, then performing them with a disdain for the older generation that bordered on – and eventually crossed over into – violence. He also succinctly captures the evolving focus in the mid-Sixties of pop music from singles to albums. Songs about riding donkeys by the seaside, he writes, would no longer cut it against Sgt Pepper’s, Pet Sounds and Blonde On Blonde. Nor does he skimp on the post-Keith Moon years writing amply, if dismissively, of Kenney Jones’ tenure at the kit, the so-called “Who On Ice” tour and the live revival of the late 1990’s and early aughts when Zak Starkey became the regular timekeeper.

In tackling fifty years’ worth of history, Snow would certainly have been forced into difficult omissions or attenuated descriptions, and this book suffers at times because of this approach. Keith Moon’s first appearance on the scene, described by Pete Townshend on the BBC in 1974 and later used in the The Kids Are Alright documentary, as “this complete ginger vision…horrible, impudent” is covered in a single, largely detail-free paragraph. Similarly, the band meeting wherein “The Who” was settled upon as the group’s name was covered to much better effect in Richard Barnes’ Maximum R&B. Equally perplexing, Snow writes of Townshend’s first composition to be accepted by a music publisher, a milestone that rankled Daltrey, who thought the band ought to continue performing rhythm and blues covers. So why not mention the song title or the fact that it later became a minor hit for another band? (For those dying to know: “It Was You” by The Naturals.) Elsewhere, factual errors pop up. Keith is said to have been injured in the leg at the end of “My Generation” on The Smother’s Brothers Show when even a cursory glance at the footage will show him grasping his arm. The final line from “Won’t Get Fooled Again,” perhaps Townshend’s most famous lyric, is egregiously misquoted. While much of this can be taken as the navel-gazing of an obsessed fan, they are the kind of omissions and errors that keep this book from being essential.

Still, this is a nicely produced package with its die-cut cover (almost certain to be 86’d if it goes into subsequent editions), loaded with photographs, though only a few will be new to longtime fans. While not a patch on Richard Barnes’ The Who: Maximum R&B, or the monumental “Anyway, Anyhow, Anywhere” by Andy Neill & Matt Kent, it will prove a good choice for completists and younger fans who need their first taste of Who history.

Tom Lawton is a Boston-based music and arts enthusiast, and the biggest Who authority we know.