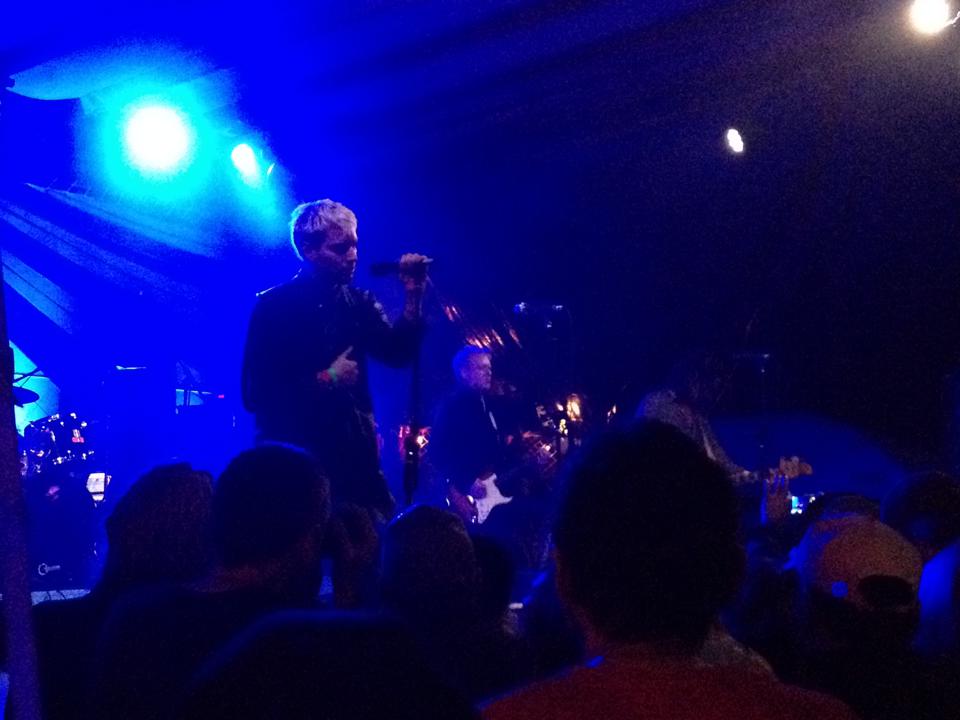 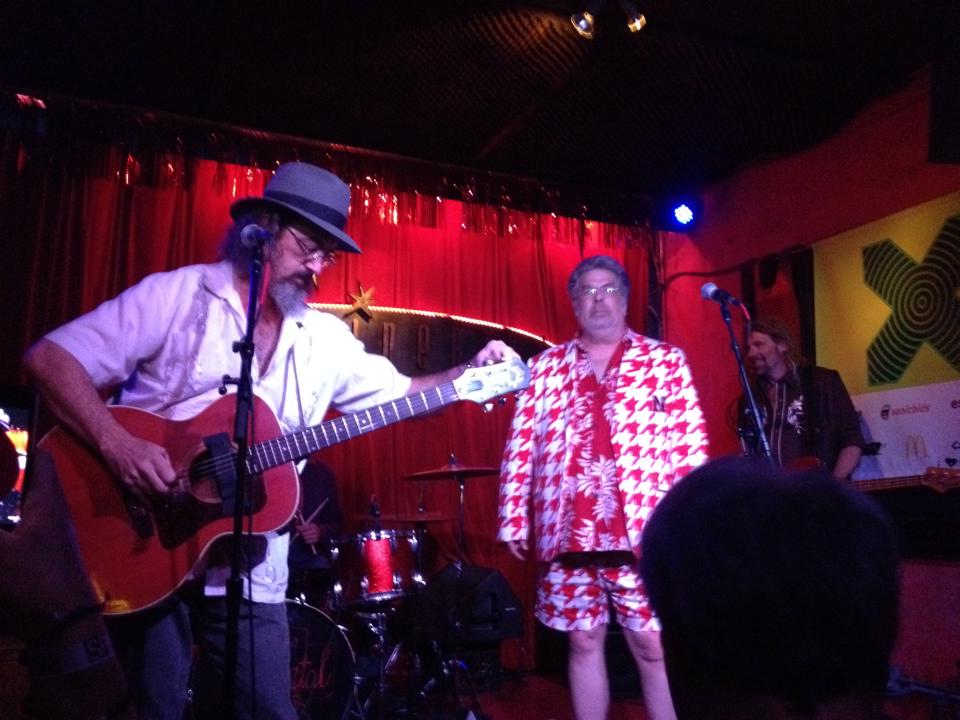 By 2014, South by Southwest had virtually become a city in its own right: a Brigadoon appearing once a year in March, threatening to crush Austin, Texas under its weight. The symbol of this rampant expansion and the uptick in corporate branding that went along with it was a four-story Doritos machine erected across the street from the Convention Center, in which Lady Gaga was scheduled to perform. Cooler heads prevailed and the show was relocated to a bigger venue, but fears remained that SXSW (and, more importantly, the hundreds of unofficial events that take place concurrently) had become unmanageable.

The early word had it that the 2015 festival would be a scaled-down affair, with fewer big names dropping in to perform and fewer permits issued for day parties and other unofficial events. And while every attendant’s experience is different, this year’s SXSW did feel more accessible in many ways, particularly in terms of official wristband events. Branded mainstays like the Spotify House still saw long lines trailing down the side streets, but entry could be easily found at other events like the Austin Chronicle’s “Hair of the 3-Legged Dog Party” at Liberty or Mojo Nixon’s annual “Mojo’s Mayhem” gathering at the Continental Club. While the giant Doritos machine has apparently been retired, other brands were quick to fill the gap, most notoriously McDonald’s, which occupied a lot across from the Convention Center and caused a stir when the indie bands slated to play its stage learned they were going to be paid only in “exposure.” The Big Mac people quickly reversed course on that plan once news leaked out, but while there was a whiff of desperation in the corporate attempts at hipness (including statues of Ronald McDonald taking selfies), I have to concede that the free McGriddle really hit the spot after a weeklong binge of BBQ and Tex-Mex.

One area where SXSW continues to thrive and expand is comedy. This year’s lineup featured several podcast tapings (including Doug Loves Movies and two episodes of Comedy Bang! Bang!), the Upright Citizen’s Brigade’s long-running improv show ASSSSCAT, and a number of standup showcases. Standing out among the latter was the Laugh Button Live lineup at Esther’s Follies, in which well-known comics like Al Madrigal (The Daily Show), Sasheer Zamata (Saturday Night Live), and an unscheduled Joe DeRosa (Better Call Saul) took the stage for tight 10-15 minute sets. Relative unknown Nate Bargatze was an early highlight with his low-key observations, but the star was headliner Bill Burr, who brought the energy level and the laughter volume to a crescendo with his aggressive stage presence.

Despite the many tentacles SXSW has sprouted over the years (film, interactive, sports, etc.), the music conference remains the main attraction. Scour through the lineup of unknowns and up-and-comers and you’ll find the Rocker demographic well-served with veteran acts of all stripes. At the extreme end of the AARP-eligible were the Zombies, or at least two-fifths of the original lineup as only founding members Colin Blunstone and Rob Argent remain. Still, even if Blunstone’s vocals aren’t quite as clear and bright as they once were, the reconstructed band put forth crowd-pleasing renditions of golden oldies “Time of the Season” and “She’s Not There.”

Even less of the original Gang of Four remains; it’s a Gang of One now, with only guitarist Andy Gill left from their postpunk heyday. Onstage, Gill stands out from his much younger cohorts, particularly new lead singer John Sterry, but his angular guitar riffs still ring out with their power intact. Continually shifting lineups are nothing new for Giant Sand, but the constant is singer-songwriter Howe Gelb, who brought the Tucson band’s latest incarnation to the Continental Club for an intoxicating set of desert rock. Also at the Continental, the aforementioned Mojo’s Mayhem party made an early-bird special out of sets by two Austin elder statesmen, Jon Dee Graham and James McMurtry. As a founding member of the Skunks and the True Believers, Graham’s roots are punk rock, and the fire remains deep into middle-age. His ringing guitar sound and whiskey-soaked voice were in fine form on almost-hits like “Big Sweet Life,” but his most punk gesture may have been passing around a bag of his new CDs on a pay-what-you-can basis. Nixon introduced McMurtry as “America’s greatest existential poet,” and while that may have been at least a little tongue-in-cheek, McMurtry did his best to live up to it with a set leaning heavily on his latest album, Complicated Game.

Even death is not the end when it comes to SXSW representation. One of last year’s highlights was the all-star Lou Reed tribute staged at the Paramount Theater, so it made sense to do it again, this time with Doug Sahm as the honoree. (The documentary Sir Doug and the Genuine Texas Cosmic Groove had premiered earlier in the festival.) The spirit of Sahm was alive and well at the Paramount, particularly in the rollicking closing number “She’s About a Mover,” during which seemingly every square inch of the stage was occupied by Texas music royalty, from band leader (and son of Doug) Shawn Sahm to Steve Earle, Marcia Ball, and original Sahm bandmate Augie Meyers. At moments like these, qualms about SXSW’s sustainability are the last thing on anyone’s mind. 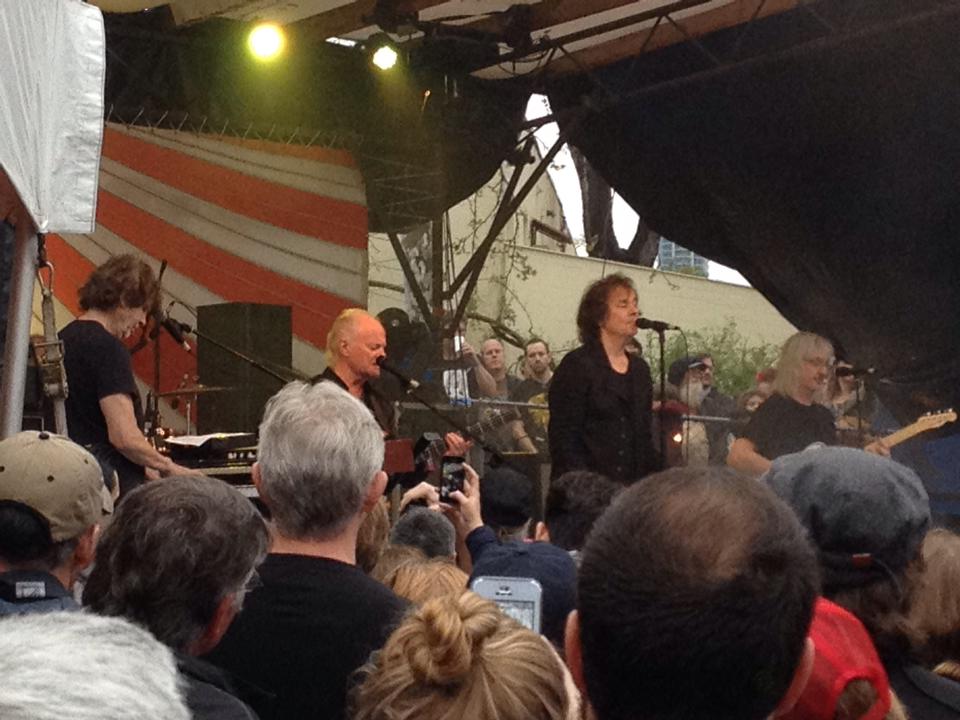 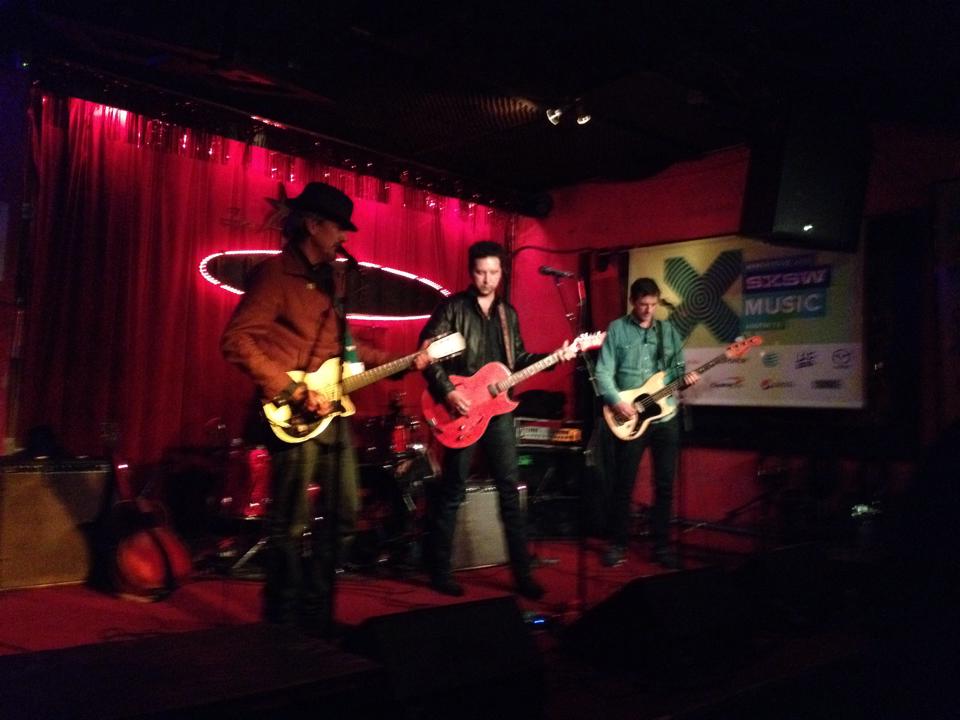