Thanks to the Baby Boomers’ endless nostalgia for their lost youth, the ’50s, ‘60s and ‘70s never really faded away.  From Mad Men to the latest Beatles-related reissue/interview/documentary, the sights and sounds of those particular decades seem fresher in America’s collective memory than the Reagan/Bush era that followed.

And technology just adds to the amnesia:  while the Boomers’ glory days were captured on durable film stock and the lives of Generations Y & Z have been obsessively chronicled and digitally preserved in the Cloud, our hazy recollections of the 1980s are mirrored by the fading Polaroids, tangled cassette tapes and degrading VHS footage of a time when Gen-X was coming of age, Michael Jackson was still black and MTV actually played music videos.

As such, the crummy, washed-out look of the archival analog footage in Life on the V: The Story of V66 merely adds to the melancholy charm of Eric Green’s new documentary about Boston’s late, lamented music video channel WVJV-TV.

Six years in the making (which, ironically, is four and a half years longer than V66 actually managed to stay on the air), Green’s film is a giddy time capsule of ‘80s hair, music and fashion as well as a cheery rise-and-fall tale of an all-too-brief pop culture utopia.  Or, to paraphrase Camelot:  don’t let it be forgot, that once there was a spot where Lizzie Borden and the Axes got just as much airplay as Aerosmith.

The brainchild of radio veterans Arnie “Woo-Woo” Ginsburg and John Garabedian, V66 was intended as a “shop local” alternative to MTV with an anything goes playlist of established national acts and newcomers from Boston’s thriving music scene.  Whether boosting the profile of up-and-coming bands like ‘Til Tuesday and Extreme, broadcasting the entirety of Live Aid or producing a sweetly corny homegrown music video for the New England Patriots’ doomed ’86 Super Bowl run, WVJV’s community focus made it feel like a secret club that anybody could join, establishing a shared bond of loyalty and affection between its staffers, artists and fans.

Yet despite its influence and rabid following, V66 quickly foundered in the ratings due to a lack of traditional programming, which in turn kept wary advertisers at bay — essentially the same economic calculus that forced MTV to drop its own music videos in favor of Teen Mom 2 and similar obscenities.

In other words:  party over, oops, out of time, and by September 1986, in the most depressingly symbolic twist imaginable, V66 had been replaced by the free market materialism of the Home Shopping Network.

But for Bostonians of a certain age with fond memories of dorm room phone-ins for Lyres and Fools on a Saturday night, the V never really died.  And even if your memories of the ‘80s are as faded as an old Del Fuegos concert T, Green’s documentary brings the decade back to life with a fizzy mix of music, clips and interviews, deftly rewinding us back to a simpler time before internet killed the video star.

Life on the V:  The Story of V66 screens during the Independent Film Festival of Boston at the Somerville Theater (4:00 PM, 4/27/14).  See www.iffboston.org for details. 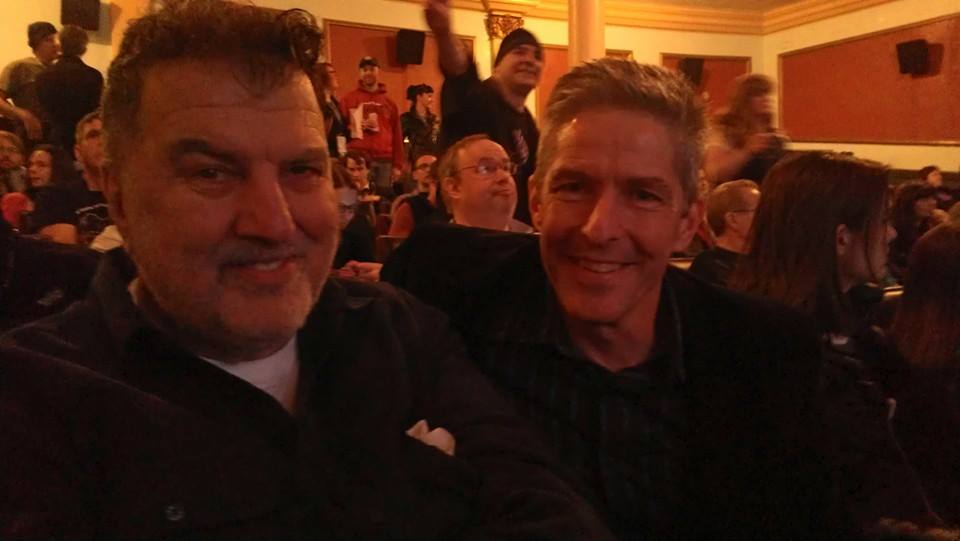