Humble beginnings. Heady fame. Personal demons. Private addictions. A slide to rock bottom that ends on a road to recovery. You know the story. You’ve seen it a hundred times. But not quite like this.
With “Paul Williams Still Alive,” director Stephen Kessler (the tragically under-seen “The Independent”) and his subject, multi-award-winning songwriter and 1970s TV fixture Paul Williams, put a twist on the all-too-familiar portrayal of a true Hollywood story.

To start, Kessler, a huge fan of Williams in his heyday, literally didn’t think there was any life in the material. As he acknowledges in the film’s voiceover, “I always thought he died too young.”

One night an iTunes search cured him of the mistaken belief that Williams is no more. The award-winning writer of songs for The Carpenters, Barbra Streisand and Kermit the Frog is also still performing.

When he catches up with Williams at an appearance in Winnipeg, home to the world’s largest contingent of “Phantom of the Paradise” fans, Kessler finds the artist sober, healthy, and reluctant to be the subject of a documentary. So even as Williams lets the director know he not only questions of the level of interest in his story, but also that he finds the concept of living his life while pretending he’s not being filmed to be total bullshit, the filmmaker persists; following Williams on the road over the course of about three years and sharing scenes that are uncomfortable for the participants but invigorating for the viewer. Eventually, the two men bond over mutual danger in the Philippines and a shared love of squid.

Kessler answered a few questions for Rocker about the experience of getting to know a former idol. 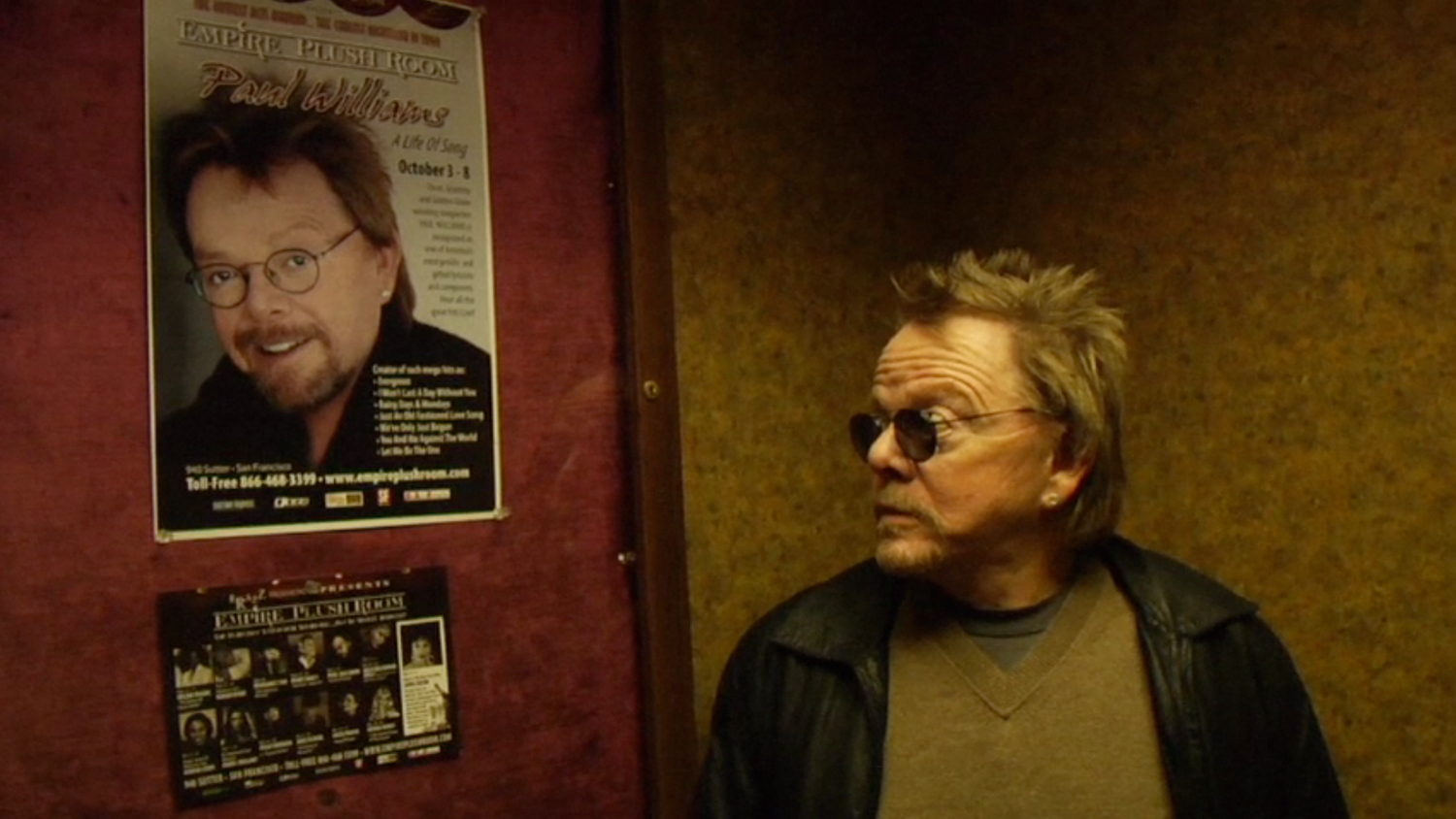 Throughout the making of the film, you had to walk the line between professional filmmaker and fan. How did you approach this?

So even as a fan, as time went on, I understood that I was getting some very honest and emotional moments on film. And I felt that the only kind of film Paul would want made would be one that was honest. So I never worried about putting all the darker stuff in.

Before things warm up between you and Mr. Williams, there are interactions that seem genuinely uncomfortable. Were these moments as tense in the room as they are on screen? If so, did that ever detract you from continuing?

I wouldn’t describe things as tense, but I’d say they were extremely awkward – and it’s on a very human level. You’re standing there with a camera fixed on a person all the time, asking them to wear a mic all day long. At some point, they’re gonna feel violated. But as a filmmaker, you have to keep a cheerful disposition, like, “Oh, is it too personal to talk about the most personal and embarrassing parts of your life? I didn’t realize. Sorry.”

Was it a drag that I’d keep showing up and he’d keep making excuses not to see me at the last minute? Yes. But I understood he just didn’t want to be bothered. There was a time before we went to the Philippines when I thought, why the fuck am I doing this? He doesn’t want me here and I need to do something else. But then I felt like, I’ve got the time in this, I don’t know where it’s going, but it might be going somewhere. Better stick with it.

Did you have any idea that the filming of this would become such an odyssey?

No, I thought this was a nine-month project.

Any particular favorite parts of the journey?

There was a moment that we were in the Philippines, which was on the U.S. government’s “Do Not Travel” list. And, as you know from the movie, I did not want to be there. We were in a city called Davao, which was supposed to be very dangerous, and Paul was doing a sound check in an auditorium that was being protected by about 80 policemen. And he started to sing a song I loved called “My Fair Share.” And I thought, there’s nowhere else on the planet that I’m supposed to be right now.

Aside from the fact that he’s still alive, what was your biggest revelation about Paul Williams from this experience?

That finding happiness was a journey that started and ended inside you. Doesn’t matter what you have, or how many people know who you are.

What’s your relationship status with Mr. Williams at this point?

We eat a lot of squid together.

“Paul Williams Still Alive” is now available on Video on Demand through Amazon, AT&T, Blockbuster, Comcast, iTunes, Time Warner Cable and other providers. It can also be downloaded from the film’s website.