Given my assignment from Rocker HQ was to infiltrate the famed Southern California Tiki event, Tiki Oasis, and report back on my findings, I packed my briefcase with my Rockerzine standard-issue alohawear, put on my porkpie hat, and headed to San Diego.  For those not yet in the loop, Tiki Oasis is known as the “largest and longest-running Tiki event on the planet” and like other (smaller) events of its kind, it combines worship of many genres of the mid-twentieth century into one grand party: Polynesian pop culture, mid-century modern architecture, fashion and design, the space age, spies, custom cars, hot rods, pin ups, rockabilly, burlesque, lounge and cocktail culture are all celebrated here.  Each year, the event has a different theme, and for 2012 that theme was “spies.” As in other years, this year’s theme permeated everything at the event…décor, signage, costumes, activities and the various forms of entertainment, as well as the attendees who turned up with costumes and room décor to match.  All this revelry is watched over by the omniscient, awe-inspiring Tiki and Easter Island Moai monoliths; under their silent observation and guidance, partygoers escape their daily lives aided by copious amounts of rum and massive doses of music.

Before we begin, a little disclaimer is necessary.  Tiki Oasis 2012 featured 20 bands/entertainers that carry on the spirit of the mid-century era – many in their own modern style, 18 DJs spinning vintage and modern lounge, surf and exotica, 40 dancers, 80 vendors, 16 symposiums, an art show, a car/scooter show, scavenger hunts and an undetermined number of room parties to entertain the 3,000 or so attendees.  Needless to say, I did not get to see everything.  What I was able to see was some fantastic music by some great bands.

The event began on Thursday night with a welcome dinner at the Bali Hai restaurant on scenic Shelter Island.  This was an opportunity to meet – or reacquaint yourself – with the people you would be partying with all weekend long.  Live music was provided by the Tikiyaki Orchestra, who set the mood perfectly with a spy-themed soundtrack including the theme to Goldfinger, a spy-medley, and a lounge/exotica version of Kiss’ “Detroit Rock City” (or maybe I dreamt that).  Music on stage was accompanied by a number of characters including “The Fire-Eating Mermaid” femme fatale MeduSirena, because it’s not really a party without a fire-eating mermaid.

My daylight hours on Friday were spent soaking in the mid-century vibe at the Crowne Plaza: listening to the DJs, taking in the art show and narrowing down potential purchases at the vendor booths. But it wasn’t long before the evening got into full swing, as Tiki Oasis veterans The Martini Kings hit the stage and continued the theme with a spy lounge/exotica set featuring a revolving cast of hula and burlesque dancers.  The evening also included appearances by Truus de Groot and King Paris & His Hypnotic Guitar.  At 8 p.m., the main event began with a much-anticipated performance from one of my personal favorites, Phoenix’s The Love Me Nots.  With a late-sixties spy-mod look, and a high-energy guitar and Farfisa-driven garage rock sound, the laid back vibe of the party now began to accelerate.  Efforts to capture images of the band’s amazing singer/keyboardist Nicole Laurenne usually result in a blur of black hair and go-go boots, but after many attempts I was pleased to find I managed to get one for my spy files. 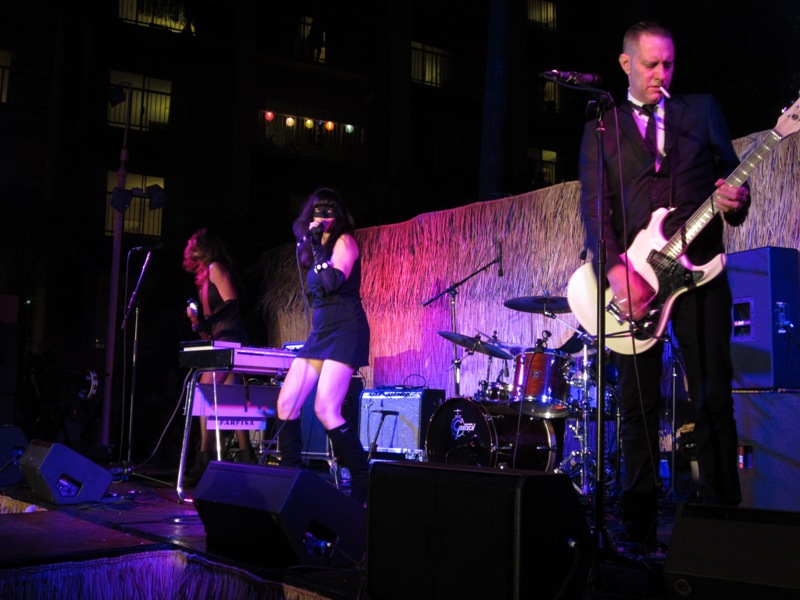 Sweden’s The Barbwires then hit the main stage and provided the crowd with a great dose of surf music (the guitar-fronted instrumental music associated with Dick Dale and bands like The Ventures), putting on a fun set, even though they had to leave one of their bandmates back in Sweden. Stateside they fortunately managed to recruit a trumpet player and were assisted by a highly spy-rific reel-to-reel tape player to fill in the mix.

I have long-heard from other spies that the real action at Tiki Oasis happens at the late-night room parties.  These events take place in double-wide hotel suites and start when the entertainment on the main stage stops.  The room parties hosted by Las Vegas-based instro-trio Thee Swank Bastards have been reported to be the stuff of legend, as they essentially clear out the furniture, unplug the hair dryer, plug in the amplifiers, then cram 100+ partygoers into the room to partake in sponsor-provided drinks (thank you Frankie’s Tiki Room) and dance to live music until the wee hours of the morning.  Being gracious hosts, Thee Swank Bastards kicked things off in style with their usual array of dirty jokes and hula hooping burlesque dancers who are prone to wardrobe malfunctions (note: luckily for individuals who might be offended by such stuff there were many other late-night room parties to visit during this set) . After their hi-jinx roared to a close, a band I have been long-wanting to see live, San Diego’s own The Creepy Creeps, plugged in.  Costumed as monster burglars and accompanied by ghoulish go-go dancers (“The Solid Ghoul Dancers”), they played music straight out of the monster garage.  As a guy who is tall but likes to be up front at a show, I generally drift off to the side to not block everyone’s view, but in this case, it put me not only directly in the line of fire of the speaker blast, it also put me right next to the go-go platform where, given the boost, a ghoulish dancer matched my height.  So, in addition to the monster costumes and raucous audio assault, I received repeated slaps in the face by monster girl’s hair (as the crowd size allowed no opportunity to escape its fervor).  After a couple hours of cocktailing, music, monsters and hair smacking, the evening was deemed a success.  Thankfully, no serious injuries were sustained. 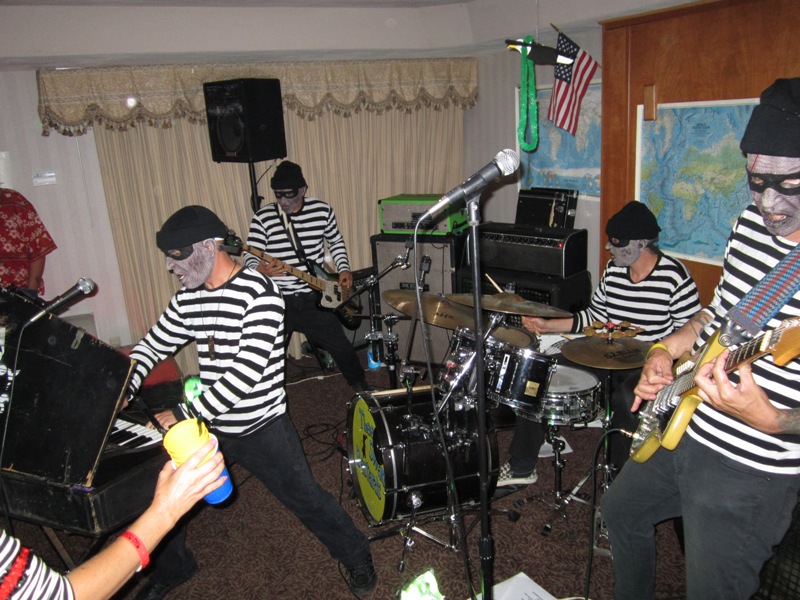 Saturday morning started a little slower (must have had something to do with those fruity drinks with the paper umbrellas).  After parting my light-blocker shades, I was happy to discover that my room luckily overlooked the event’s car show, so I was able to open the patio door and hear some surf classics from Belgium’s Los Venturas.  Later, a stroll by the pool brought some familiar sounds as the band Creepxotica played exotica versions of songs from the much louder and faster set by the Creepy Creeps from the night before.  The masks were different (this time Mexican Luchador), but the musicians the same.  The evening entertainment on the main stage featured Thee Swank Bastards heavily pelted in animal fur as they portrayed Chase and Aykroyd in “Spies Like Us” (complete with piped in movie quotes), followed by Milwaukee’s The Exotics who played a solid set of surf and rock tunes.  In anticipation of their Tiki Oasis appearance, the band recorded and released a spy EP.  The main stage entertainment on Saturday night wrapped up with soul/mod revival band The Untouchables from Los Angeles who were a big hit with the crowd.

Late night, I made my way back up to get in queue to enter Thee Swank Bastards’ room party for the second night.  Tonight’s guest would be The Love Me Nots, who the late night crowd was looking forward to seeing in the more intimate setting of the hotel suite.  The Swank Bastards got the crowd into a frenzy with more surf-rock, cocktails and hula hooping.  They were followed by The Love Me Nots, who came out and tore the roof off with the shoulder-to-shoulder crowd now feeling fully able to let loose and dance.  Once again, the band put on a great show and it was great to see them up close in a smaller venue (a hotel room no less).

I closed the Operation T.I.K.I. case file on Sunday and chalked it up as another successful mission.  Kudos to the event organizers on assembling a great band line-up and their attention to detail throughout the spy-themed event.  I look forward to returning for a future assignment. 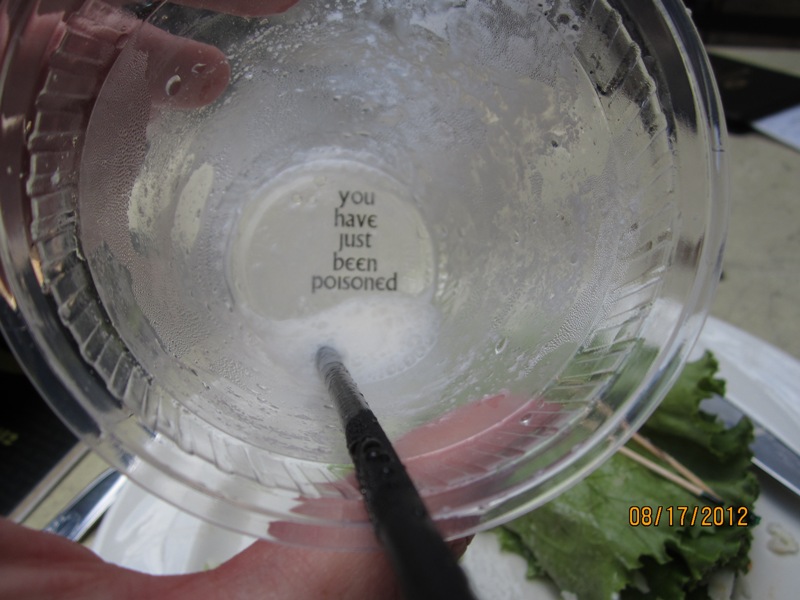 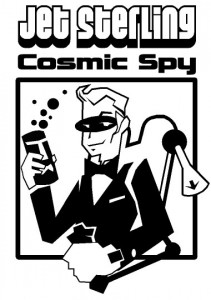 Jet Sterling is the host of Surfabilly Freakout Radio which can be heard
Thursday nights from 9-10pm (CST) on WPGU 107.1 FM in Champaign-Urbana, IL.