Tommy Tutone: More Than a Number

Tommy Tutone is the man behind Tommy Tutone the band. Born Tommy Heath, the singer and his cohorts created the greatest song about phone sex every written, the iconic “Jenny (867-5309)”  in addition to three of the Reagan years’ best, and underappreciated, albums.  For summer 2014, Tutone hits the road with a powerhouse package tour of American 80’s rock.  West Coast Bureau Chief Keith Valcourt caught up with Tommy in Los Angeles to talk about the infamous song, and his upcoming tour with The Romantics, The Smithereens and Marshall Crenshaw.  Holy college rock Batman! 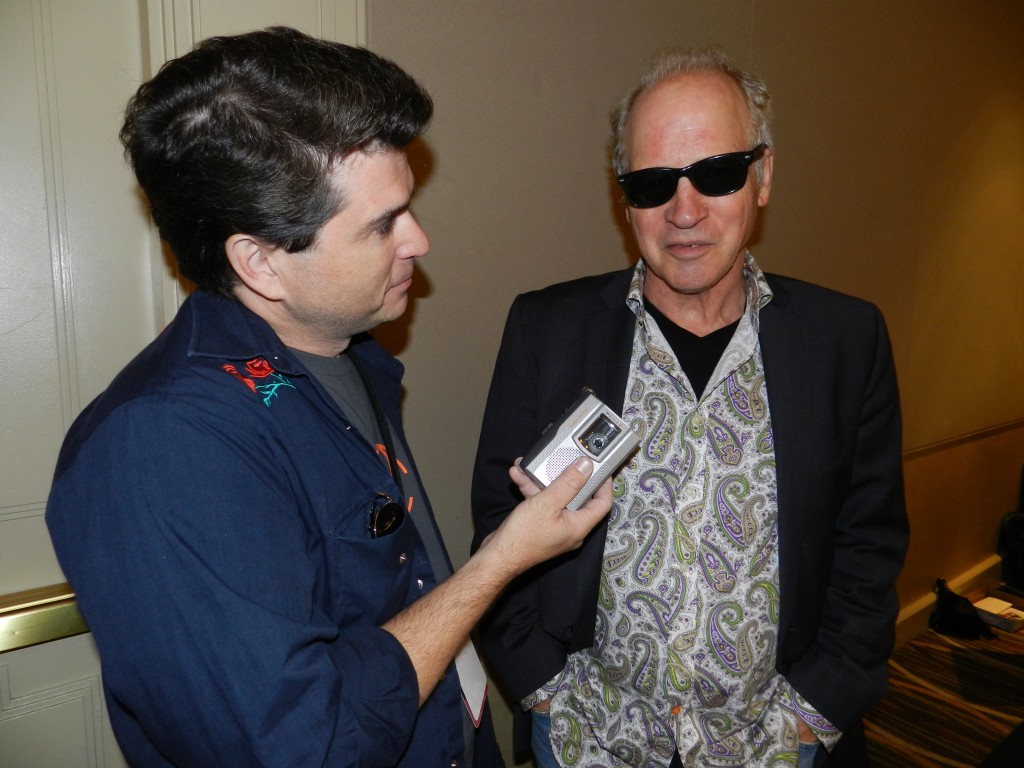 Tommy: I was Tommy Tutone before the band and loaned my name to the band.  All my friends called me Tutone all my life.  That’s the true answer.  Back in the day, every time we went into a radio station I would say the opposite of what I said the last time.  Confuse them.  I liked to be an agent of chaos.  I can’t pronounce my real last name Heath.  I mumble too bad.  So I changed it to Tutone.

Rocker:  What is the most common thing fans say when they meet you?

Tommy: I always like to meet all my fans at gigs and hang out with them.  A lot of them tell me where they were when they first heard the “Jenny (867-5309”.) For some reason, it always seems it was the backseat of some car!  So that’s nice.  It marked a period in their life.  I feel like they see me as successful and think, “If he can do it, anybody can do it.”

Rocker:  Is there an actual Jenny behind the song?

Tommy: There is an actual Jenny.

Rocker:  Does she know the song was written about her?

Tommy: Yeah she does, and that was her parents’ phone number.  But they changed it.

Rocker:  Of the many songs and albums you recorded, why do you think that one song connected with so many people?

Tommy: I don’t know.  I’m in a book called “As Luck Would Have It.”  It was just a case of everything being in the right place.  Plus it’s quasi-thought control.  I repeat the thing 47 times in the song.  It just happened.

Rocker:  Does it bug you that people always focus on just the one song?

Tommy: Yeah.  One thing that really bugged me was when, what’s his name from Pasadena?  The guy who pretty much invented New Wave radio?

Tommy: Yeah.  He was the first DJ to play my song “Cheap Date” from our previous album on the radio.  He broke us.  Back when they had AOR radio.  They ended up flying us in the first time we played L.A.  But when he put out his New Wave Greatest Hits CD he put on “Jenny(867-5309)” instead of “Cheap Date.”  I thought that was kind of annoying.  It bugs me that “Cheap Date” and the other songs got lost.  It bugged me a lot more in the 1990s.  I write a lot of songs, but people just wanted to hear 867.  Just 867.  But that was then.  I do whole shows now with hardly any old music.  I do play “Jenny” and maybe a couple other old ones.  But I mostly play all new ones.  Either I’ve gotten to be a better singer or people are more accepting.

Rocker:  What are you up to these days?

Tommy: Still touring.  Still recording albums.  I don’t do it full time, I’m also a software programmer.  So I go out on runs.  I’m excited to be on the road this summer with The Smithereens, The Romantics, and Marshall Crenshaw.  Should be a great time!  Plus I have a record coming out in October.  Still working on the CD title but it will be everywhere.  Check my website Tutone.com and it’ll tell you what’s happening.