Singer/songwriter/film producer Mike Nesmith is back!  Following last summer’s highly successful Monkees reunion tour where he rejoined his former bandmates Mickey Dolenz and Peter Tork, Nesmith and his band are about to hit the road for a series of live dates (click HERE to see the list) that will focus on his many solo cds.  Rocker’s West Coast Bureau Chief caught up with Mike for this exclusive chat.

Rocker: What inspired you to do this solo tour?

Mike Nesmith:  I played a short solo tour in the UK that sold out in hours and even added a date — which also sold out. US promoters took note of this and the offers came in and the tour came together from that. This tour looks promising as well. Many of the shows sold out, before the press or advertising.

Rocker: How will you decide what material to play with such a vast catalog?

Mike:  I picked the songs from a mix of my favorites and the ones the band wanted to play. The musicians are so good that letting them play songs they enjoyed seemed like a really good idea — and it was.

Rocker: Will it be strictly solo material or can we expect some Monkees favorites?

Mike:  I will only play one song that was part of the Monkees — the opening song of my show will be “Papa Gene’s Blues.” After that, the show will only be songs from my solo work.

Rocker: Will there be a multi-media aspect to the live shows?

Rocker: Who is in your band?

Mike:  Boh Cooper on keys, Chris Scruggs on multi-instruments, 6 string, steel, and mandolin, Paul Leim on drums, and Joe Chemay on bass; that is the whole line-up.

Rocker: Has touring gotten easier or harder for you nowadays?

Mike:  The support for touring is stronger than ever since the Internet. It’s the only place to see the real thing. Live music is an especially good experience these days — and the word gets out fast.

Rocker: Has all this recent new interest in touring, with The Monkees and solo, motivated you to make new music?

Mike:  I never quit. I have been writing and recording consistently for many years and have many new songs and still record. I just returned from a mixing session last week.

Rocker: Any truth to the rumor that you have to tour since the “white out” business isn’t what it used to be?

Mike:  What a silly question.

Rocker: How was the recent Monkees tour for you? Are there any future plans to work with Mickey Dolenz and Peter Tork again?

Mike:  Yes, we will tour again I am sure. It was great fun and the show was great. Mickey and Peter are good guys, talented and fun to work with.

Rocker: Ultimately what do you think your musical legacy will be?

Mike:  I have no idea– the songs will have to sing for themselves.

Rocker: Away from music, are you working on anything in the way of film production? Please say “Repo Man 2.” 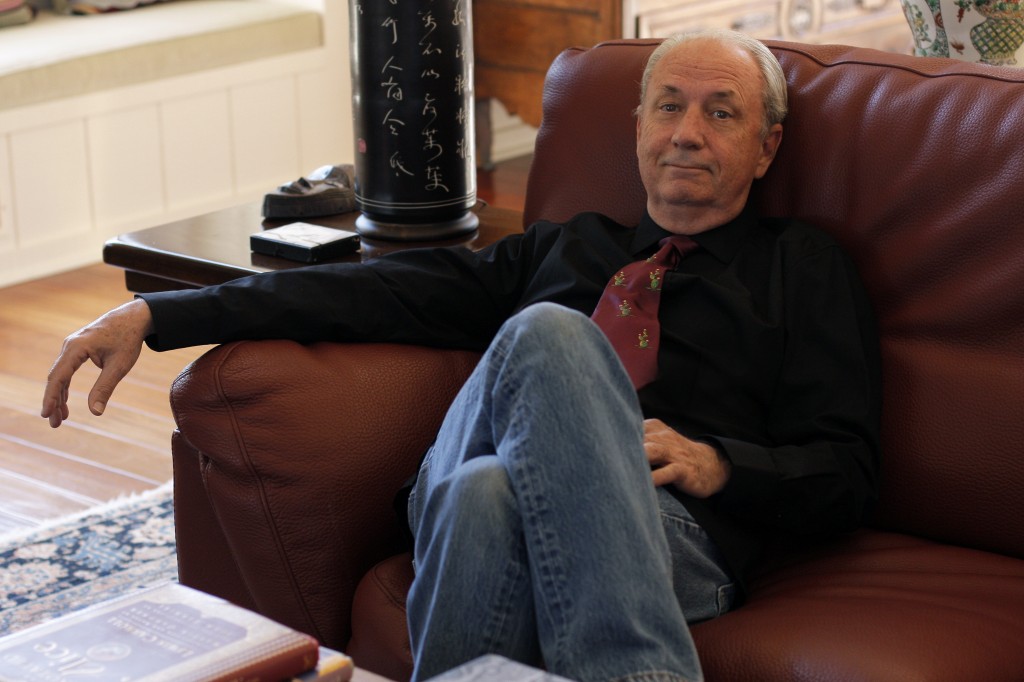 Need more Monkees? Read one man’s story of how the Monkees’ luck is tied to his own! – For Pete’s Sake!